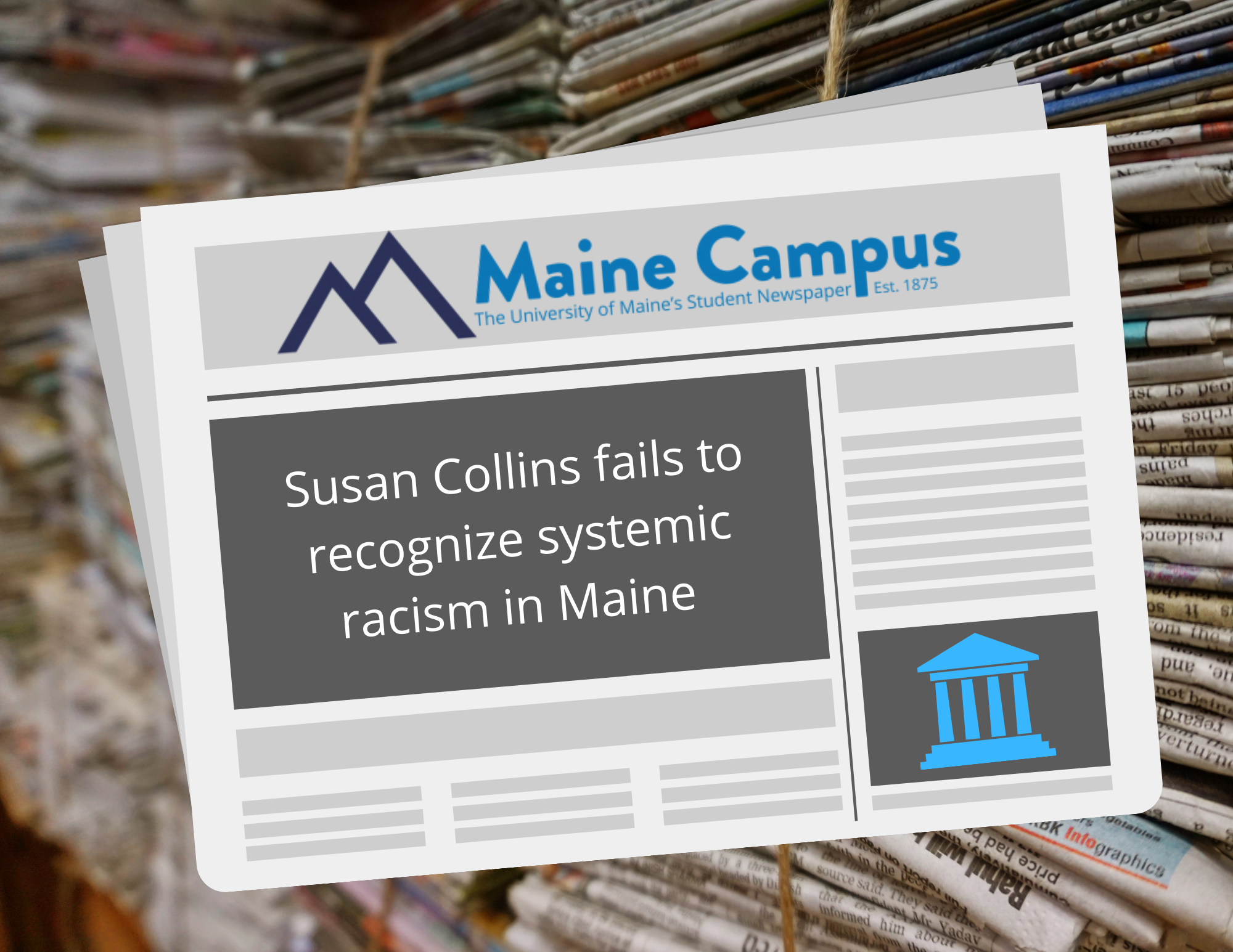 Senator Susan Collins made headlines recently by declaring her concerns about Biden’s promise to nominate a Black woman to the Supreme Court. Collins declaring her unfounded worries is nothing new, it became her signature move during the Trump administration, but her opinion on the nomination appropriately caught flak. She had no qualms when Donald Trump made the same promise to put a woman in the Supreme Court during his term. Now, Collins insists what Trump did was different, and she’s right; the difference is Biden’s nominee will be Black. For the better part of the last decade, Collins’ own biases have made her a key enabler of racism in the U.S. government.

In 2016, Collins wrote an op-ed in the Washington Post declaring she would not vote for Donald Trump in no small part due to his unabashed racism. At this time, Trump was considered incredibly unlikely to beat Hillary Clinton in the general election. Strangely, after four years of blatant racism from Trump in the Oval Office, Collins refused to disclose if she voted for him in 2020. Donald Trump did not change during that time, but Collins’ understanding of his power did. The Senator appeared unwilling to stand up to a president she knew was racist out of fear of losing power. Collins voted with Trump a consistent 94% of the time, a number much higher than one would expect from a moderate who claims to take important stands against her party.

Collins only makes visible stands against Republican policies (like not confirming Betsy Devos) when her opposition would not actually prevent the Republican agenda from being approved. With new outlets loudly debating what way the morally teetering politician will vote, Collins can quietly pursue her real goals with this office.

Collins consistently puts office before people, but perhaps profit before all. She has profited millions of dollars by enabling more of her racist colleagues. Collins would not have the power she has – power she uses to bring in tens of millions for her husband’s investments – if not for her pretense as a moderate. Her influence is something that donors and colleagues recognize. Collins makes money every time she enables fellow party members, directly profiting off of racism.

If you want to see who Susan Collins really is, look at who she endorses and how she votes. Her support of alleged racist Paul Lepage in his re-election campaign proves that for all of Susan Collins’ talk of “learning lessons,” she hasn’t cared to pay attention to herself. Worst yet, Collins refuses to rule out supporting Trump in his 2024 presidential run, despite voting to convict him for attempting to incite a violent coup. Susan Collins may claim to be pro-choice and pro-women, yet she voted to confirm alleged rapist Brett Kavanaugh, who will be a key player if Roe v. Wade is overturned. While America is distracted with her votes on Trump’s impeachment or Biden’s nominations, Collins has quietly supported the Republican “nuclear option” to remove the filibuster, forced the drop of legislation proposing a ban on PACs (which she reaps the rewards from) and voted against a repeal of “Don’t ask, don’t tell” on procedural issues.

It’s not just that Susan Collins enables racist behavior from other party members, it’s also important to know that Collins herself votes without concern for minoritized individuals. She has voted to ban Guantanamo Bay detainees, who are mostly non-white and up to ⅓ wrongly imprisoned, from being able to appeal their case in federal courts. In the wake of the 2020 Black Lives Matter (BLM) protests, Collins was asked if she thought the phrase “Black Lives Matter” was controversial. In classic Susan Collins fashion, she fell just short of the bare minimum while avoiding taking any meaningful action.

“I do not believe systemic racism is a problem in the state of Maine. I don’t think the phrase ‘Black Lives Matter’ should be controversial,” Collins said.

Being less racist than her more extreme colleagues is not something worthy of praise. Being marginally better than the Marjorie Taylor Greenes and Ted Cruzs of the world is not impressive. It is an embarrassingly low bar to clear, yet Collins would have you think she set a high jump world record. Someone who is only moderately racist is still, in fact, racist, and there should be no seats at the table for those with such despicable beliefs.