The “Comfort Show”: How binge watching can boost mental health 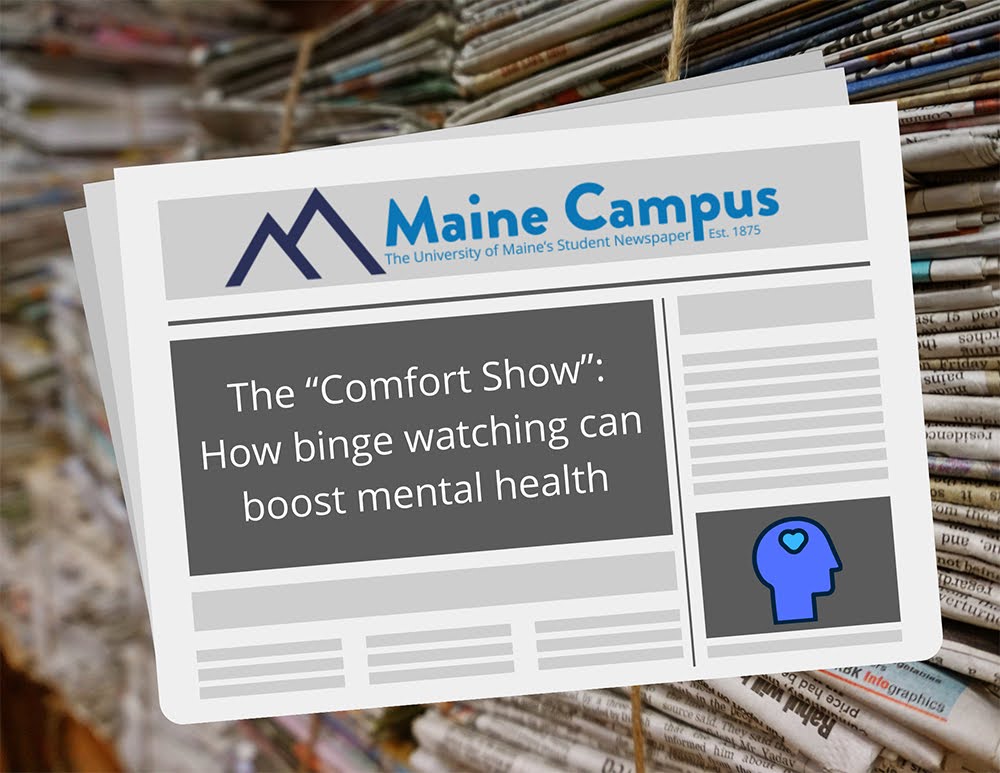 Since the introduction of streaming services such as Netflix, Hulu and Apple TV, binge-watching has become the new norm for many people around the world. With the press of a button, viewers can access practically any movie or show on demand. Watching TV has taken on a completely new form.

Add a global pandemic that has forced everyone to stay inside, isolated, with limited things to do and subscriptions for streaming services skyrocket, with binge-watching becoming a daily activity for many. Almost 12 million people in the UK signed up for a new streaming service during the lockdowns, according to The Conversation.

There are many researchers that argue that watching TV for multiple hours straight can have a negative effect on mental and emotional health, but there is a lot of evidence that supports the opposite.

“When engaged in an activity that’s enjoyable such as binge-watching, your brain produces dopamine. This chemical gives the body a natural, internal reward of pleasure that reinforces continued engagement in that activity. It is the brain’s signal that communicates to the body, ‘This feels good. You should keep doing this!’” Carr said.

Through this binge-watching phenomenon, many people have found their “comfort show,” which is a show that can be played at all hours of the day, while cooking, cleaning or even taking a shower. It’s a form of entertainment and company for many and is usually a show that they have already seen.

As long as people are being responsible about how much TV they watch, having a comforting thing like that should be encouraged, not solely written off as negative, especially during isolated and unprecedented times such as these.

“We are all bombarded with stress from everyday living, and with the nature of today’s world where information floods us constantly. It is hard to shut our minds down and tune out the stress and pressures. A binge can work like a steel door that blocks our brains from thinking about those constant stressors that force themselves into our thoughts. Binge-watching can set up a great boundary where troubles are kept at bay,” Mayer said.

There is such a negative stigma surrounding the binge-watching phenomenon, perhaps due to its name or the negative portrayal of it in movies and television, usually depicted as a teenage experience after a breakup. However, research not only contradicts these assumptions, but encourages those living a stressful lifestyle to take a break every once in a while and shut off your brain through binge-watching.

There is nothing wrong with escaping the reality of the world from time to time and if for some people that’s watching eight episodes of “Parks and Recreation” or re-watching “Gilmore Girls” for the fifth time, then so be it. Everyone is trying their best to survive day-by-day during these difficult times and watching a few episodes of a show in a row isn’t harmful in moderation. So, grab some popcorn and a cozy blanket or two, turn on your comfort show and shut off your brain for a while. It might just do you some good.