The NFL is a reflection of America: Racist

Home /Opinion/Editorials/The NFL is a reflection of America: Racist 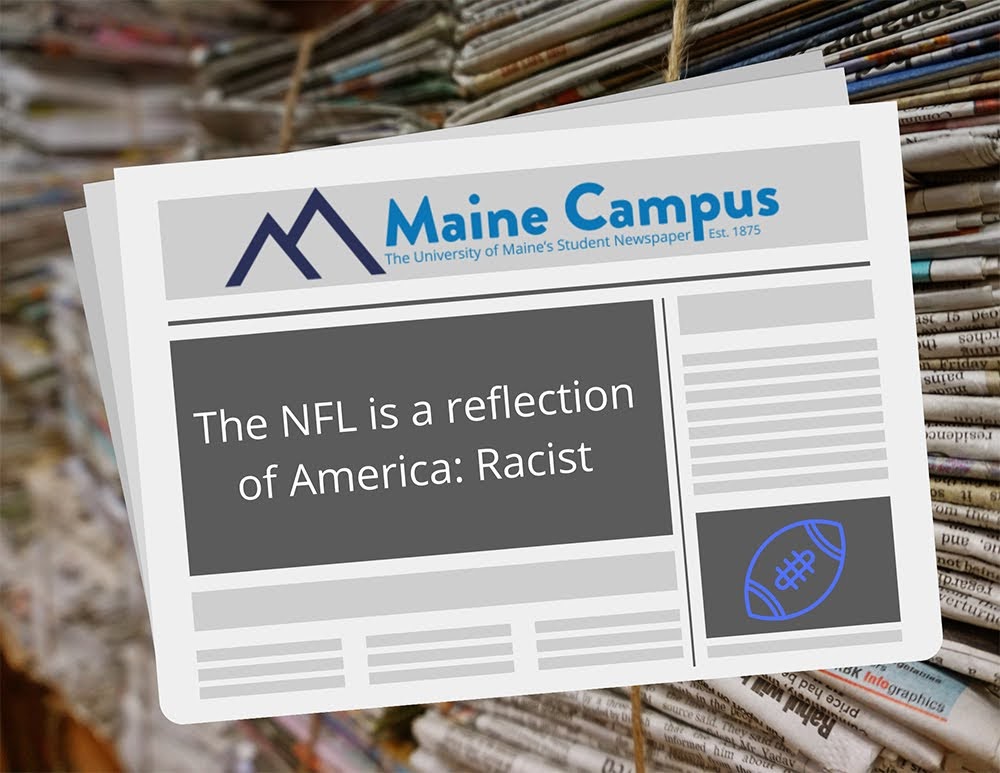 In 2021, the NFL was composed of approximately 70% Black players. That number drops to about 28% at the quarterback position and 9% at the head coaching level. Similarly, only 9% of the general managers in the league are Black. Most importantly: none of the 32 owners are Black. The more influential a job is in the NFL, the less likely you are to see a Black person holding it.

This is the backdrop for Brian Flores’ league-shaking class-action lawsuit filed last week. In a 58 page document, Flores and his legal team detail the racial discrimination he and other coaches have faced. This included his undue firing by the Miami Dolphins despite being the first head coach for the team to have back-to-back winning seasons in 18 years. It also included a meeting with the Denver Broncos in which the team’s executives arrived late and hungover to perform a sham interview. Perhaps most importantly, Flores shared screenshots of a text conversation with Bill Belicheck which revealed the New York Giants had already selected their next head coach well before Flores had even gotten a chance to complete his scheduled interview with the team.

Shortly after Flores’ lawsuit was announced, the NFL released a statement saying the lawsuit was “without merit.” Conveniently enough, within two hours the league had investigated itself and determined that it was not racist.

In 2019, the league settled with Colin Kaepernick after he was blackballed by racist owners for protesting racial inequality. It took the league until 2020 to rename the Washington Commanders from its previous racial slur. In 2021, the league had to settle after it was proven their dementia testing program assumed Black players naturally had lower cognitive abilities than their white counterparts, costing the Black players hundreds of thousands of dollars that were desperately needed for treatment.

At the center of this new controversy is the Rooney Rule. Established in 2003 in the wake of the unfair firings of a pair of successful Black coaches, the rule required teams to interview at least one candidate who was a person of color for their open head coach position. The rule was a failure before the ink even dried. There was nothing to stop racist owners from simply interviewing people of color candidates with no intention to hire them. The Rooney Rule created the perfect shield for owners to hide behind while also claiming that the league was a “color-blind meritocracy.”

One part of Flores’ allegations, the accusation that Dolphins owner Stephen Ross offered him $100k a loss to tank the season, touches on how disposable the NFL views Black coaches. Many Black coaches are only hired when ownership of a team believes a team has no chance of short-term success. These coaches do their best with bare-bone rosters and apathetic ownership, only for the team to fire them when they inevitably cannot meet the impossible goals set for them. A third of all “one-and-done” coaches since the Rooney Rule was implemented have been Black coaches, despite making up a tiny fraction of all head coaches in the league during that time.

One such “one and done” Black coach was David Culley. Hired to helm a historically untalented Texan team in 2021, Culley exceeded expectations but was still fired at the end of the season. The Texans began a tumultuous coaching search that resulted in two final candidates: Josh McCown and Brian Flores.

Josh McCown, who is white, is a former-NFL quarterback with no NFL coaching experience. He is not even the head coach for the high school football team for which he works. Despite Flores being significantly more qualified, reporting from NFL insiders indicates the Texans were on the verge of hiring McCown before the league intervened.

Sports are a reflection of the societies who watch them. Flores’ case goes well beyond the Xs and Os of football and carries into the field of American life. The NFL is not the only place that Black activists face unfair punishment, nor the only place where Black Americans do not get proper access to healthcare. Not addressing systemic racism and claiming you’re a meritocracy is as American as apple pie and well…football.

Brian Flores very well might never get another job in the NFL, something he bravely acknowledges. Despite ostensibly being the last candidate standing for the Texans’ job, the team hired a different Black coach, one who wasn’t taking a public stand against discrimination. Flores may have been more qualified than Lovie Smith, but he was far less palatable to a notoriously problematic Texans ownership. Smith – who the team was considering firing as their defensive coordinator just weeks ago – is just another in a long line of tokenistic scapegoats sacrificed for the sins of inept white executives.