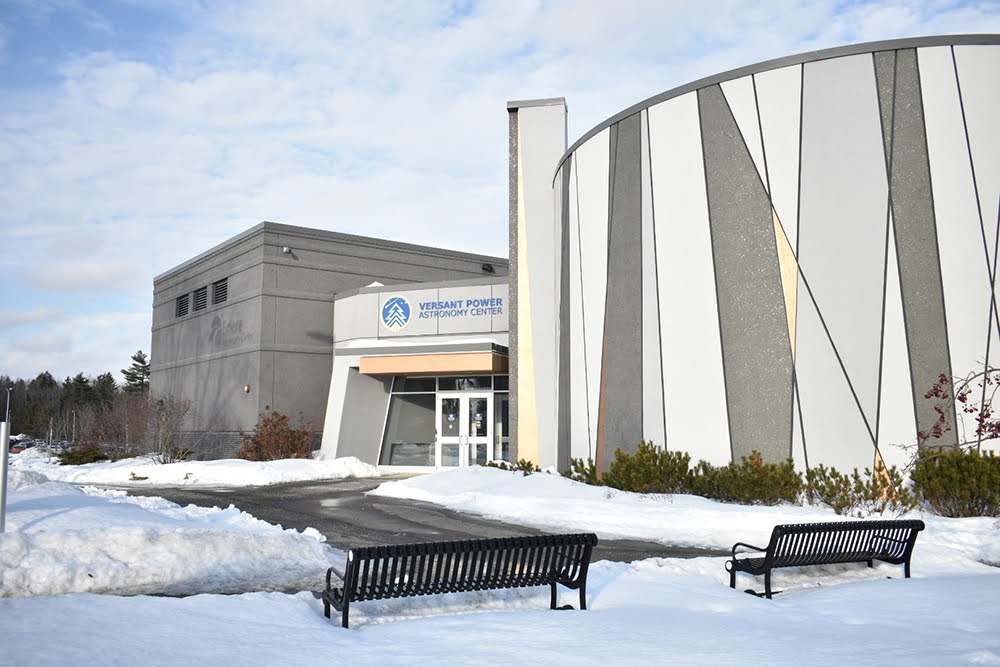 On Feb. 11, the Versant Power Astronomy Center at the University of Maine hosted the Science Lecture Series event “COVID: Alpha and Delta and Omicron, Oh My!!” Dr. Benjamin King presented on behalf of the research he is doing alongside Dr. Melissa Maginnis, who was unable to attend the event. This detailed presentation explained the importance of genome technology in making medical advancements and understanding the transmission and course of viral infection including the SARS-CoV-2 virus.

King explained how in February of 2014 researchers were able to characterize a complete human genome with $1,000 worth of chemical reagents, but over time the technology has become more affordable. This breakthrough was transformative because it allows researchers to advance their studies in human disease.

“In the lab we are surveying the entire genome, looking at different locations of the genome and looking for alleles that correspond with individuals with chronic kidney disease, who would have a version of that gene that is different from those without kidney disease,” King said.

What makes this technology even more transformative is that you can sample DNA from almost anything ranging from insects to frozen tissue.

“Certainly with the nature of the pandemic that we are still currently in, one of the really amazing things that’s been done is to use this $1,000 genome technology to sequence the SARS-CoV-2, the virus that causes COVID-19,” King said.

The genomes in the SARS-CoV-2 virus differs from that of human genomes because it is composed of RNA instead of DNA. In light of this sequencing technology, researchers are able to convert the RNA into DNA, making it possible for them to sequence it.

King took some time to explain how researchers were able to go about sequencing the first coronavirus genome that appeared in China in January of 2020.

“They had a little baby illumina sequencer called a MiniSeq, this sequencer at the time cost about $50,000 … it is great but not tremendous,” King said. “It can’t generate as many sequencing readings as the other instrument (Illumina NovaSeq 6000). The one that I showed you earlier costs more than $1 million to purchase, and every time you run it, it might cost $15,000. What the group did was take a sample from the lung of a sick patient …They extracted the RNA from that sample … and while they were doing that, they were also extracting RNA from human cells. They generated over 28 million reads and found that only 100,000 of them align.”

This research can help survey the SARS-CoV-2 virus as it evolves and changes, allowing us to be aware of the prevalence of specific variants in different countries. It also allows us to monitor the different variants as they appear.

While COVID-19 is still relatively new, King’s experience with studying genomes is not. Before working at UMaine, King led bioinformatics core facilities at MDI Biological Laboratory and The Jackson Laboratory. He has conducted a variety of research including using zebrafish and genome technology to get a closer look at how the immune system responds to Influenza A.