Abuse is not fan behavior: Taking a look at Ye’s toxic relationships

Home /Opinion/Editorials/Abuse is not fan behavior: Taking a look at Ye’s toxic relationships 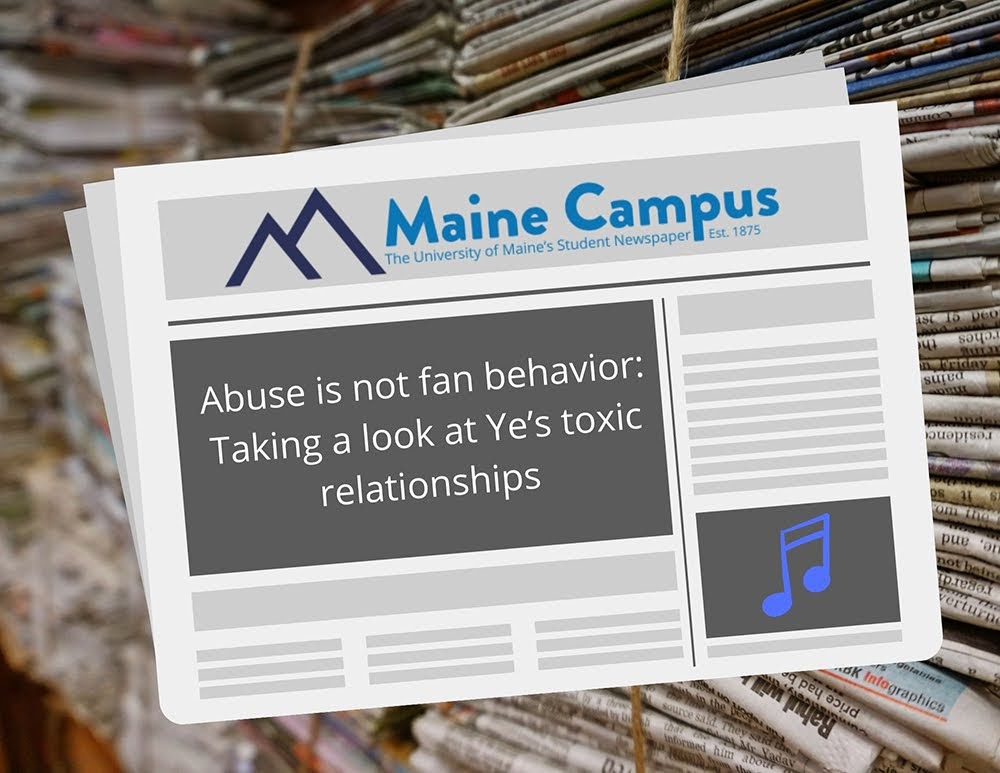 The trope of the troubled artist is well-worn and loved by the media. Just spend a few minutes on the internet and it is not hard to find a near-endless series of articles and social media posts detailing multiple celebrities’ spirals with a tone of jest. Most recently, Ye, the artist formerly known as Kanye West, has catapulted into this controversial spotlight. His recent actions against his ex-wife, Kim Kardashian, are a major cause for concern, but the general public can’t seem to separate the artist from real life.

While this is infuriatingly dehumanizing for a man who genuinely needs help, it also distracts from the primary victim of Ye’s actions. While Ye is clearly a victim in his own right, his illness explains some of his terrible actions but excuses none of them. The narcissistic rapper is not the victim right now: Kim Kardashian is.

Regardless of your feelings toward Kim and Ye, it would be ignorant to ignore the fact that Kim Kardashian is a woman in an unsafe situation because of her unstable, toxic ex. Ye has threatened those close to Kardashian, attacked her family in the press and has been extremely possessive of their children. This is not a unique situation, which makes it all the more horrifying. Even with all the resources at her disposal, Kim Kardashian is not able to escape one of the greatest dangers many women face: a relationship with a toxic, abusive man.

Since divorce proceedings began, Ye has consistently harassed and threatened Kim Kardashian and those she cares about. He purchased a house directly across the street from her residence and then threatened her new partner, Pete Davidson, in a music video where he buried Davidson alive. He has also taken to social media to embarrass and attack Davidson and Kardashian.

“You are creating a dangerous and scary environment and someone is going to hurt Pete [Davidson] and it is going to be your fault,” Kardashian said in a text message to Ye.

It should be noted that it wasn’t Kardashian who posted this message online, but rather Ye, who posted a screenshot without her permission.

Ye’s fanbase also bears a great deal of the blame for the perpetuation of the abuse. His fans have been known to incite his manic episodes. The fans who idolize toxic masculinity in celebrities like Ye live vicariously through the mentally-ill rapper in an attempt to assuage their own insecurities. This toxic parasocial relationship draws the worst out of Ye, as these fans use the star’s misogynistic and problematic actions to affirm their own biases.

The toxic support from fans has allowed for his abusive behavior to go unaddressed. Ye is not a romantic, he is a possessive ex whose dangerous abuse is romanticized by his fawning fans. Sending a truckful of roses to Kim Kardashian was not sweet, it was love bombing and creepy. Ye’s appeal to God to reunite him with his ex-partner and his unwillingness to recognize her strong disinterest in reuniting with him shows a clear pattern of entitlement. Ye believes he has a right to Kim Kardashian. While fans celebrate Ye for his new relationship with Julia Fox, they villainize Kim Kardashian for getting into a new relationship with Davidson. Their message is clear: Kardashian belongs to Ye, and Ye can do whatever he wants.

Ye doesn’t even have to take significant action against Davidson or Kardashian himself, all he has to do is post abusive, misogynistic dog whistles and his fan base will attack his victims for him.

Dismissing Ye’s actions as a result of his mental illness as unhinged unfairly absolves him of his accountability. This is an injustice not only to his victims, but to the man himself.

The man needs help, but first he needs to leave Kim Kardashian alone and his fanbase needs to be held accountable. Ye is not the blueprint, he is a warning. A warning women like Kim Kardashian have had to hear all their lives but men still have yet to understand.