Florida bill is a danger to LGBTQ youth

Home /Opinion/Editorials/Florida bill is a danger to LGBTQ youth 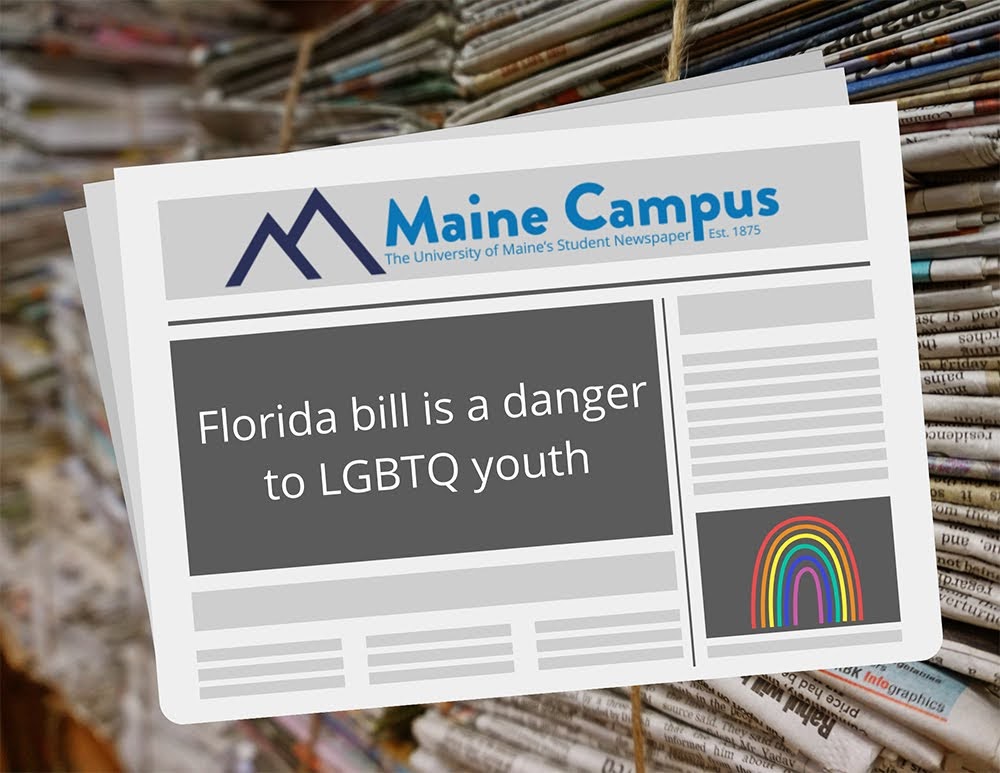 Today, Florida will advance the controversial Parental Rights in Education bill to a final vote in the Republican-controlled Florida Senate. Expected to pass, this bill aims to increase the rights of parents in the education system, but in doing so, inhibits the discussion of LGBTQ topics in the classroom.

“Classroom instruction by school personnel or third parties on sexual orientation or gender identity may not occur in kindergarten through grade 3 or in a manner that is not age-appropriate or developmentally appropriate for students in accordance with state standards” the bill states.

The bill allows parents to sue school systems if they believe their students are encouraged into any such conversations, pressuring schools to enforce dangerous atmospheres of censorship and repression of LGBTQ dialogues. The bill has been coined the “Don’t Say Gay” bill by its numerous opponents, as this bill threatens the rights of Florida students and represses expression within LGBTQ communities.

“Should the bill become law, younger students with same-sex parents could be prohibited from discussing their family in class. It would make it difficult for teachers to discuss the Stonewall Riots or Supreme Court cases like Obergefell v. Hodges,” Judd Legum, Tesnim Zekeria and Rebecca Crosby wrote for Popular Information.

The chief sponsor of the bill is Dennis Baxley, an outspoken Republican in the Florida Senate who has voiced his prejudicial views towards the LGBTQ community on multiple occasions.

“I don’t want to discriminate on somebody. I’m not phobic, but I simply can’t affirm homosexuality,” Baxley said in 2015. The ‘non-phobic’ politician notably voted against allowing same-sex couples to adopt.

His views are shared by Florida’s current Republican governor, Ron DeSantis. On Feb. 7, Governor DeSantis signaled his support for the bill, claiming the discussion of LGBTQ and gender identity topics to be highly inappropriate.

“They need to teach them science, history. We need more civics and understanding of the U.S. Constitution, what makes our country unique, all those basic stuff,” DeSantis said.

His dismissive tone belittles the LGBTQ community and minimizes their significance in American history.

DeSantis suggests we focus on civics and the U.S. Constitution, and yet he now neglects the first amendment in the United States Constitution when conversations need to be had.

What’s most fascinating about governor DeSantis’ stance is that it highly contradicts his passionate backing of the Big Tech censorship bill. In fact, he once so adamantly expressed his support for freedom of speech.

“Florida is taking back the virtual public square as a place where information and ideas can flow freely,” DeSantis said in May of 2021.

Freedom is not freedom if it’s only permissible when it facilitates one political party’s views. There’s a word for allowing only the flow of ideas that you agree with: bigotry. Governor DeSantis perpetuates LGBTQ censorship and erasure from historical discussion.

Thankfully, his views haven’t gone unchecked. Politicians and students across the country have expressed their opposition to the bill. Chasten Buttigieg, the husband of the United States Secretary of Transportation, Pete Buttigieg, disputed Governor DeSantis’ support of the bill.

“This will kill kids, @RonDeSantisFL. You are purposefully making your state a harder place for LGBTQ kids to survive in. In a national survey (@TrevorProject), 42% of LGBTQ youth seriously considered attempting suicide last year. Now they can’t talk to their teachers?” Buttigieg tweeted on Jan. 22. Students across Florida agree.

Protests emerged as Florida’s younger generation of inclusive and socially conscious students organized staged school walkouts to challenge the censorship and discrimination proposed by the bill. High school senior Jack Petocz, who promoted the walkouts on social media, faced serious backlash from his school’s administration. Petocz was suspended indefinitely for handing out pride flags during his school’s protest of more than 500 students.

“You’re silencing a queer student standing up for what he believes in, in his rights, and you’re disciplining him for challenging you on the allowance of pride flags in a gay rally? It’s ridiculous. It truly is,” Petocz said.

Bill sponsors claim to be acting in students best interests, and yet students now face losing their education entirely for peacefully protesting. If these politicians truly cared about bettering the Florida education system, other avenues such as raising teachers’ salaries or striving to make schools a safe environment for students through gun control may prove more effective.

At its core, this bill controls speech and pushes political agendas. The ones who are left to suffer are the students who will be robbed of meaningful education and freedom of speech, as well as the marginalized LGBTQ youth who now face further stigmatization and hate.

The United States has long been a global leader in advancing LGBTQ rights and defending our nation’s integral beliefs of individualism, freedom, self-expression and liberty. This bill serves to silence the voices of American youth, and its supporters show nothing but unrestrained political bigotry.