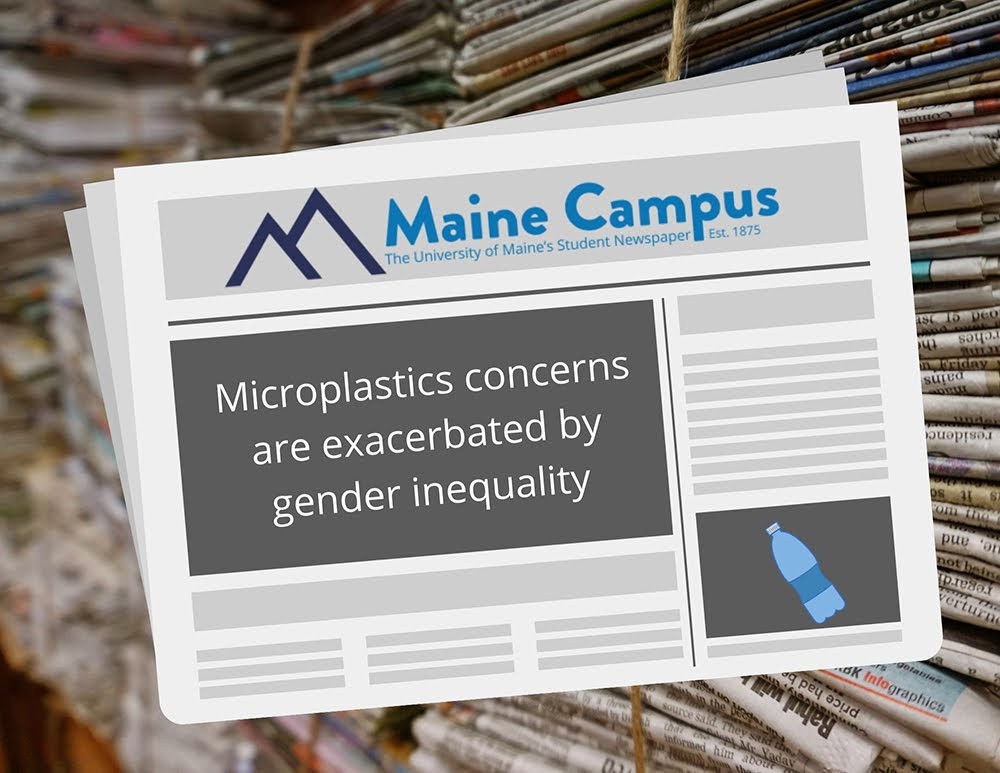 Microplastics are defined by the National Oceanic and Atmospheric Administration (NOAA) as “small plastic pieces less than five millimeters long.” In a study published this Thursday, microplastics have been discovered for the first time in 80% of tested human blood samples. Other studies have found microplastics in human lung tissue and placentas. Studies on mice have found that microplastics in their system have affected their pregnancies by inducing spontaneous abortions (also known as miscarriges), embryo reabsorption, reducing uterine bloodflow and disturbing maternal-fetal immune balance. The prevalence of plastic use and subsequent entry of microplastics into organ systems is an emerging issue that has been the cause for increased concern surrounding the lasting effects of plastics on health. With Women’s History Month wrapping up, it is important to address the role gender inequality plays in women’s exposure to microplastics.

Though plastic can be found  nearly every place on Earth and poses a health risk to all, those who menstruate are especially at risk of suffering negative health consequences of plastic use and pollution. Polycystic ovarian syndrome (PCOS) is an endocrine disorder that can lead to serious complications and lifelong debilitating conditions; it is also a common cause of infertility, and is estimated to affect roughly one in ten women.

Bisphenol A (BPA) is an industrial compound used for adding durability to polycarbonate plastics. Examining the link between BPA and endocrine disruption, one study found higher levels of BPA in women with PCOS and an association between BPA and elevated androgens like testosterone and androstenedione. This study pointed out that BPA could be playing a role in disrupting human hormonal and reproductive systems.

Another study found evidence that suggests exposure to endocrine disrupting chemicals (EDCs) such as BPA can have transgenerational effects, showing increased incidence of PCOS-like symptoms in animal models with EDC exposure generations earlier, despite no direct exposure to the affected animal itself. We are already observing the consequences of EDC exposure in children with an increased occurrence of precocious puberty, particularly in girls.

Many of the gendered attitudes toward health, appearance and domestic roles create more opportunities for women to be exposed to these harmful compounds in beauty, personal care and cleaning products. Items that are specifically marketed toward women are also more likely to create or contain microplastics than men’s products, like cosmetics with glitter or plastic disposable hygiene products.

Menstrual products in particular are a significant source of menstruators’ disproportionate exposure to EDCs. These products have been found to frequently contain harmful chemicals such as phthalates, parabens and bisphenols, and it is even more troubling when one considers the frequency and manner of how these products are used. When these products come into direct contact with areas that have high transdermal properties for cumulative months out of the year, it’s no wonder menstruators have higher EDC levels.

Additionally, women also occupy the majority of the informal plastics value chain as waste pickers and sorters. As women tend to carry a higher proportion of body weight in fat than men, this means that those with the least regulated exposure to plastics are also those with the greatest potential for bioaccumulation of EDCs.

Further, less is generally understood about women’s biology and healthcare as compared to men’s. While the consequences of plastic exposure are not exclusive to women, they face further risk as research on women’s bodies are often under-pursued.

In mitigating the harmful effects of exposure to plastics and the generation of microplastic pollutants, it is imperative to take an equitable approach that pays attention to gender disparities and their role in distributing risk amongst the global population.