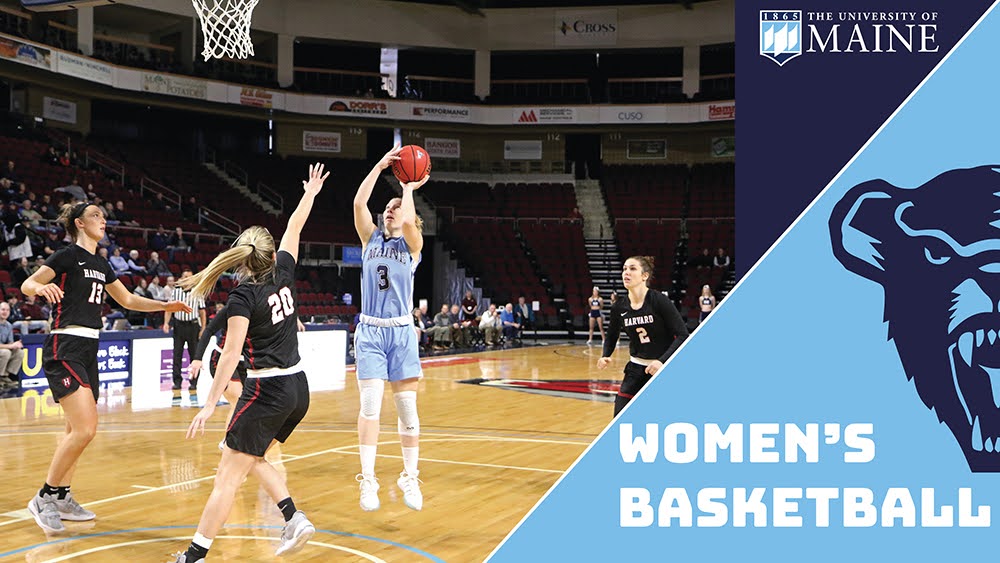 On Saturday, March 5, after a very competitive first three quarters the University of Maine women’s basketball team ran away with the game, winning 63-49 against the Hartford Hawks in the first round of the America East tournament.

The Black Bears came into this game as the top seed in the America East, riding a 12-game winning streak, while the Hawks entered as the eighth seed.

It has been a tough season for the Hawks, finishing the season 4-26 in their final season in the American East before they move down to division three starting next season.

Even though they were the underdogs, Hartford came out of the gate well and thanks to their suffocating defense they led early in the game. UMaine responded with an 8-0 run to give them back the lead, but a second chance layup in the paint from third-year Hawks guard Carmen Villabous cut the Black Bears lead to just three at 15-12.

In the second quarter, UMaine jumped out to a 27-16 lead after second-year forward Caroline Bornemann and third-year guard Anne Simon made free throws that were followed by Bornemann making a field goal in the paint and a three pointer. Before halftime, the Hawks responded with a 12-4 run that was capped off with a three pointer from Villalobos with just seven seconds left to go before half to cut the UMaine lead to three again with the score 29-26 at the break.

After having a career day one week ago, fifth-year forward Maeve Carroll was held scoreless at halftime going 0-5, missing multiple easy shots under the basket while also allowing 10 points to Hartford sophomore forward Paula Marina.

Through the first part of the third quarter, both teams did not score often thanks to terrific defense by both sides. Carroll made her first two baskets of the day, and eventually made a layup to extend the lead to nine points. To continue this back and forth, first-year Hawks forward Brianna Williams hit a three with nine seconds left to make the score 49-43 UMaine.

“We really locked down in the fourth quarter,” coach Amy Vachon said after the game. “We limited them to one shot which is really big for us.”

Bornemann had a career high of 21 points on 8-13 shooting to go along with three rebounds, two assists and two steals, as she carried the offense in the first half and was terrific on both sides of the ball. Simon had a double-double, scoring 17 points, securing 12 rebounds and three steals.

After struggling in the first half, Carroll bounced back and had a terrific second half, not allowing a single point from Maurina in the half. Carroll finished the game scoring 14 points on 6-12 shooting to go along with seven rebounds and four assists.

Villalobos led the Hawks with 13 points to go along with nine rebounds, five assists and four steals. While Maurina was still second in scoring, she never scored after halftime and ended with 10 points, six rebounds and three assists.

UMaine will face off against the New Jersey Institute of Technology Highlanders at home on Tuesday at 8 p.m. If they win, this will give the Black Bears a chance to return to the America East Championship game, after losing to Stony Brook last season in the championship game.

A vote for Dr. Sonja Birthisel and Rob Laraway is a vote for students
Men’s basketball season wraps up with loss to the University of Vermont