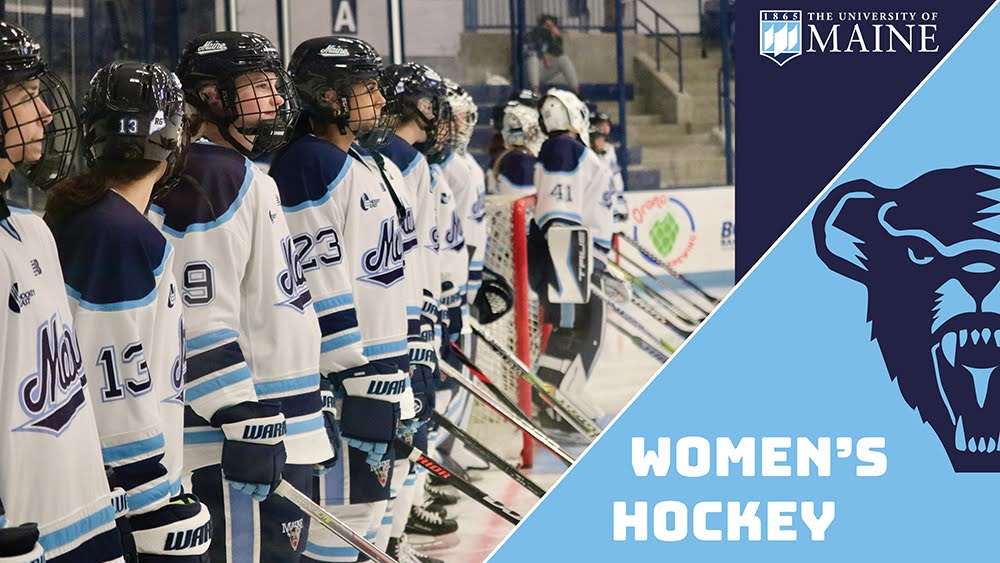 Following their thrilling victory over Boston College, the University of Maine women’s hockey team traveled to Matthews Arena in Boston on Wednesday, March 2 to take on the Northeastern Huskies in what was set to be a fantastic semi-final contest. UMaine has battled Northeastern for a spot in the Hockey East Championship two of the last four years, with Northeastern advancing both times. The Black Bears were looking to finally seal the deal and make it to the finals.

With two Black Bear Olympians, third-year defenseman Amalie Andersen of Denmark and second-year forward Rahel Enzler of Switzerland, on the roster currently, UMaine was certainly a team with the talent to compete against some of the best collegiate hockey players in the country. Northeastern’s talent was formidable, as they’re ranked third nationally, and from puck drop the skill level of the Huskies was more than apparent.

Early on in the contest, UMaine was able to divert most of their opponent’s rushes to the boards and out of their zone, while second-year goaltender Jorden Mattison was beyond effective at keeping the score level at zero through the first 20 minutes. In the first period the Black Bears were outshot 13-2, so in order to keep their championship dreams alive the team needed to change their approach quickly.

A penalty against Northeastern midway through the second period set up UMaine for various opportunities to take the lead, but the Huskies interfered time and time again. Fifth-year forward Maddie Mills found the back of the net to put the Huskies up 1-0 twelve minutes into the second, finally cracking through the shield that the Black Bears worked to build within their own blue line.

While UMaine feverishly worked to preserve the one-goal deficit, a penalty gave Northeastern on their first power play of the night. With about four minutes to play in the period, fourth-year star forward Maureen Murphy was able to beat Mattison and extend Northeastern’s lead to two before the end of the frame.

The Black Bears themselves had four power plays on the night. During one of them, third-year forward Ida Kuoppala managed to find the twine a little over six minutes into the third period, cutting the Huskies lead to one and giving UMaine some much needed hope.

Their hope faded only three-and-a-half minutes later when Murphy potted her second goal of the night, putting Northeastern’s lead back up to two with just under ten minutes to go in the third period. UMaine did their best to mount a comeback, even going as far as to pull Mattison with just under two to go, but their efforts were to no avail and the game ended 3-1 with Northeastern as the victors.

Northeastern advances to the Hockey East Championship for their sixth straight year. They will take on UConn, who managed to beat Vermont, who was ranked second in their conference.

When all was said and done, UMaine was outshot by Northeastern 41-13, with Mattison ending her night with a phenomenal 38 saves. While UMaine’s defeat is heartbreaking, a majority of the current group of players currently with the team are slated to return to the team next season, so there’s hope that UMaine will once again make a run in the Hockey East tournament next year.