#YouMaine: One fourth-year student’s advice on how to realistically thrive in college

Home /Culture/Profiles/#YouMaine: One fourth-year student’s advice on how to realistically thrive in college 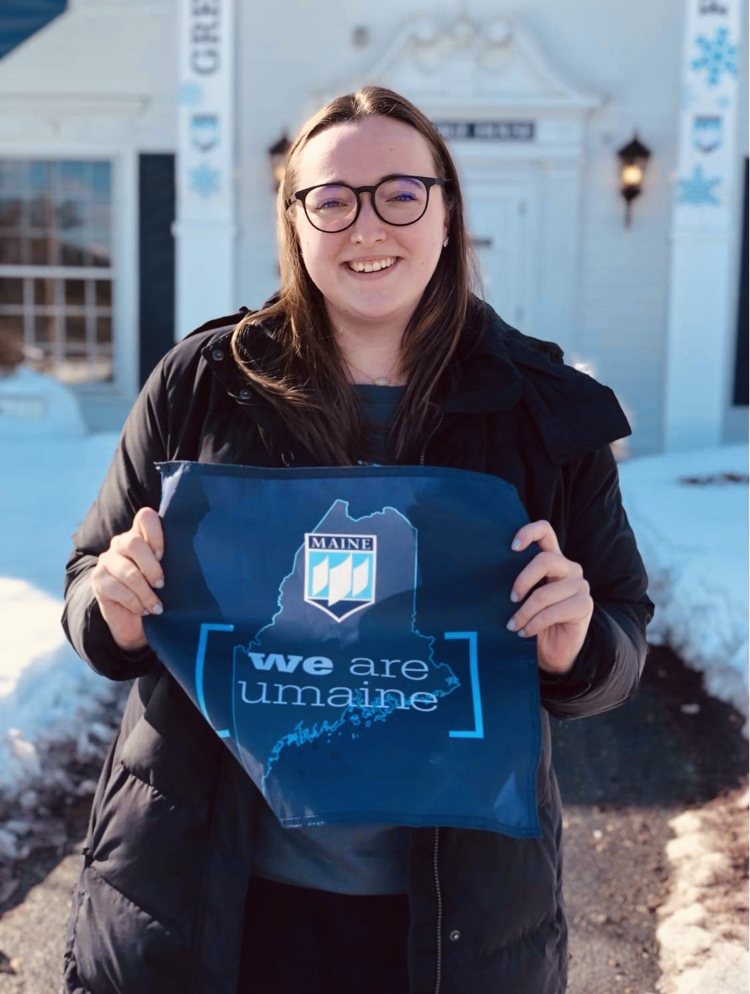 Grace Zientara is a fourth-year biology student who committed to the University of Maine for the multitude of research opportunities available. From Needham, Massachusetts, Zientara enjoyed participating in all of the opportunities on-campus learning has to offer. As an added bonus, the atmosphere of the campus and the many opportunities for social life appealed to her.

“I went on a tour and loved the feel of the campus as well as everyone I met,” Zientara said. “They were incredibly nice and made me feel at home.”

Joining clubs and organizations was at the top of Zientara’s list. She decided to join a sorority and apply to work for Team Maine, a group of official student representatives for UMaine. She got both the job and a bid.

Her time working for Team Maine exposed her to academic opportunities in her major.

“Team Maine was asked to work for the research symposium,” Zientara said. “I volunteered and talked to a lot of the heads of labs on campus regarding their research. One of the professors I talked to was Dr. Clarissa Henry, who I actually learned of when I was looking into the research taking place here at the university before I applied. I asked if she had any openings in her lab to work and I emailed her the next day and set up a time to talk. I was then working under one of the graduate students in her lab starting the next day.”

Zientara also cherishes the friendships she has made at UMaine. In addition to making many friends, she has made lasting relationships with faculty. In particular, Zientara met Trish Costello, the former secretary and current administrative specialist in the Academic Support Center in Deering Hall, on that very first tour she attended.  She asked Costello about class dynamics and labs, and soon they all discovered something quite strange, but delightful.

“As it turns out, she lived in the same town my family has a house in,” Zientara said. “She and my father talked for an hour or so about people and places they both knew.”

Zientara believes that these academic connections are important in your time in college.  Getting to know professors and other students in your discipline helps you tremendously.

“One major person who helped me navigate my classes and what I need to do to graduate is Dr. Dieffenbacher-Krall,” Zientara said. “She has helped me all four years now to make sure I can graduate with everything I need to move on to graduate school and my future career.”

For Zientara, her second year at UMaine was interrupted by the beginning of the COVID-19 pandemic. The transition from in-person classes to online was certainly not a smooth one for her. Zientara reflected on how hard it was to find structure in her new schedule after having almost every minute of her life planned out.

However, the one tip Zientara learned throughout her time at UMaine was to not be shy or ashamed to ask for help.

“My advice to those coming into the university or experiencing the same things I have gone through is to just take it one day, one class and one assignment at a time,” Zientara said. “You will have those times where you don’t do well but there are resources to help you if you need it and your professors are always willing to help or point you in the right direction. You are in charge of your free time, so find a study plan that works for you where you also get to see friends, go to hockey games, have a movie night and more to relax.”

Zientara’s next steps are to graduate and work as a lab assistant for a couple of years before going to graduate school for genetic counseling. Zientara’s enthusiasm and determination while studying through a pandemic is an inspiring story for all.