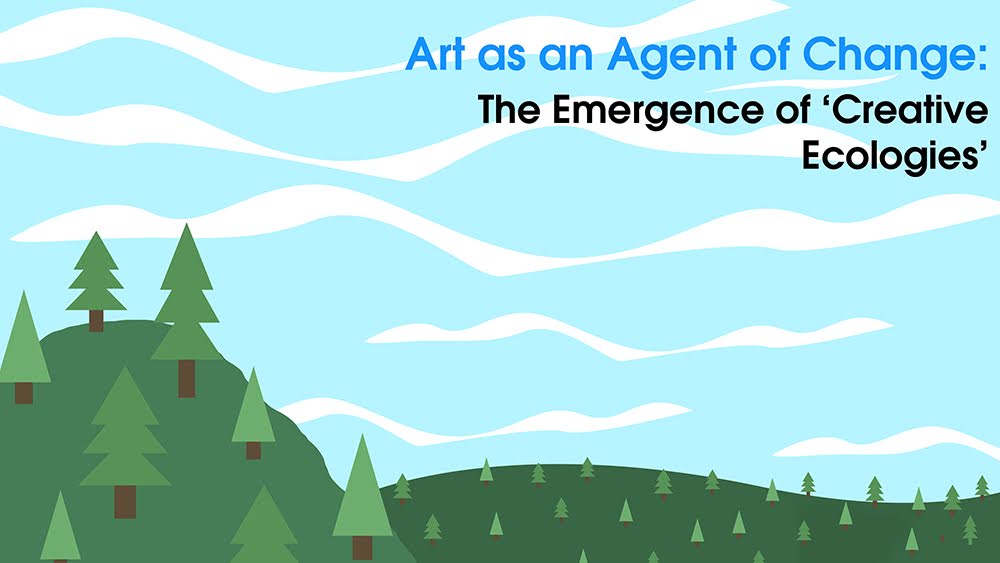 On April 18, the George J. Mitchell Center at the University of Maine continued their Sustainability Series. This week Dr. Justin Wolff and Dr. Susan Smith presented their talk, “Art as an Agent of Change: The Emergence of Creative Ecologies.” In this presentation, they elaborated on how art can bring attention to environmental and social issues, and how UMaine’s art programs can contribute to sustainability.

By using different mediums and looking at environmental and social issues through a different lens, artists can explore new paths to solving problems in the community. Through data analysis, artists can find innovative ways to communicate with the public in a powerful way. Creative ecologies is an emerging field where artists gather information to establish the connection between culture and the environment, such as Eco Art, other media angles and sustainability in artwork.

“The many of us experience spaces like this, uninhabited, yet industrialized spaces more frequently than we experience national parks or true wilderness spaces,” Wolff said.  “[I]t’s important that such unflinching observations can remove old-fashioned romantic associations from nature, and oblige us to reckon directly, and perhaps even plainly, with these new industrialized landscapes. In other words, by removing the romantic associations of sublime and wilderness. Nature orientates us to an unflinching reality.”

As the Chair of the Department of Art and a professor of art history at UMaine, Wolff’s research on visual culture and American art is utilized to navigate and understand the connection between art and science. He discussed how there has been an ecological turn in art history, exhibitions, and museums, and how art and ecology find themselves at this intersection. He presents the different frameworks for thinking about art and ecology.

“Critics, working in the midst of the ecological turn, point out as well that these kinds of photographs, these kinds of images more generally can perpetuate the human-centered view that at its worst can be seen as a colonization of nature,” Wolff said. “And what they mean is that they prefer natural forms that conform to modernist aesthetics specifically to the clean, streamlined, symmetrical and repetitive forms that characterize mid-century modern art in the United States. So this is what some critics mean when they say that we can see such imagery as a colonization of nature with culture.”

Wolff then discussed how in art, artists must also research their subjects to create pieces that fully represent the subject. An example being how in 1502 Albrecht Dürer cared so much about observing a young hare that he looked over every resource to get it right for his piece, Young Hare. This ambition to capture the animal’s essence continued 350 years later as Martin Johnson captured the iridescence of tropical hummingbird feathers in sixteen painted portraits in Brazil. Wolff continued to discuss how this intersection will be visualized in the upcoming year with the UMaine Arts Initiative Seed Grant and Art & Creative Ecologies Series (ACES).

“[L]et me just say that this model that we’re looking at is art and ecology, a model where in we see an artist’s reverence in observational skill corresponding with the scientists curiosity and observational needs. In other words, we might think of these works where an artistic observation is useful in part for scientific evidence,” Wolff said.

Further into the talk, Smith, the director of the intermedia program and interim director of the Lord Hall Gallery at UMaine, described how she has embraced environmental and community-based issues in her artwork.

“Art is not a thing. It is a way,” Smith wrote at the beginning of her portion.

This attitude aligns with her work, pertaining to the overarching need for artists to use their abilities to spread awareness of issues within the community.

At the end of the talk she presented the Visual Forestry Intermedia Collaboration, which is an example of how the disciplines of art and science can work together. Here, she showed how working with the researchers to create work can better help the spreading of knowledge in the community. Smith continued by discussing a recent project at UMaine that brought people together to work on a quilt and share their stories about gender-based violence and harassment.

“It’s out there in the world attempting to enact change, and to interrupt and disrupt. It’s really important that we recognize that. And so the work that we did with the area advocacy and response organizations created a kiosk that’s just right off of the frame of the photo, where all of the information was available, support groups were formed, and connections to the resources that folks might need,” Smith said. 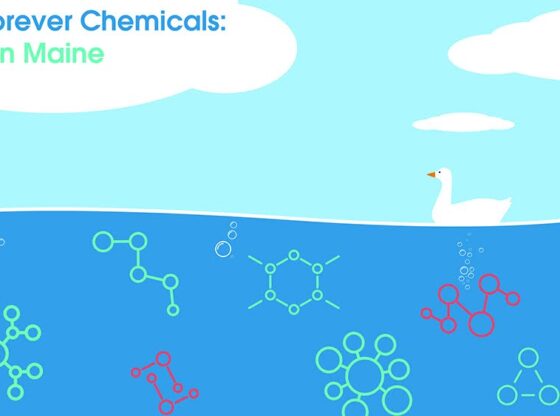