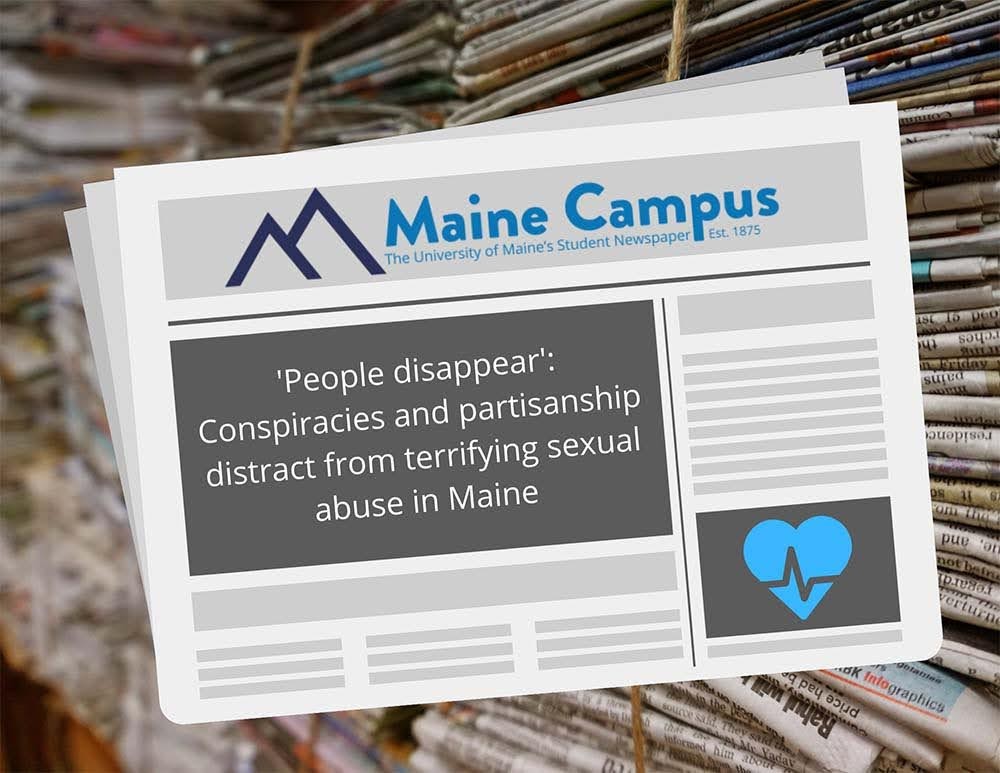 Former Maine gubernatorial hopeful and prominent lawyer, Eliot Cutler, was arrested on four counts of felony child pornography possession charges on Friday, March 25. The man, who was only 1.8% of the vote away from serving as Maine’s governor in 2010, posted a $50,000 bail after a single night in jail. Besides the unassertive vacillations of Senator Susan Collins and the actions of Cutler’s opponent former Gov. Paul Lepage, news of Maine politics rarely reaches the national level. This time, that was not the case.

Perhaps the most gross and ignorant tweet about the arrest came from U.S. Representative Lauren Boebert. The tweet read:

“A well known Democrat mega donor in Maine was arrested on…You guessed it! Child pornography charges! The reason KJB [sic] was picked becomes more and more obvious as the days go on.”

Cutler is not a Democrat. He ran as an Independent in both of his gubernatorial runs and has made numerous donations to Republicans as well as Democrats and Independents. Nor is Cutler in any way a “megadonor.” The Bangor Daily News reported:

“Since 2014, more than 100 individual contributors have given more toward state-level races in Maine than Cutler. Donations to major Democrats such as Governor Janet Mills have been donated to charities that fight abuse.”

Yet, despite the brashness with which Rep. Boebert stated those lies, the most concerning part of that tweet is the ham-fisted attempt to connect the actions of Eliot Cutler, a state-level Independent in Maine, to the nomination of Judge Ketanji Brown Jackson to the Supreme Court of the United States. Even for those who often don the tin-foil hat, the connection remains tenuous to say the least.

Erroneous, unbacked accusations that Democrats (and apparently any official even tangentially related to the party) are part of a child-abusing cabal have become disturbingly normalized in recent years. Rep. Boebert was not alone in her political perfidy. The Maine GOP tweeted out something similar, attempting to draw a connection between Cutler’s horrific actions and the Democratic politicians he had made donations to. What the Maine GOP and Rep. Boebert didn’t tweet about was the victims of the crime. No condolences were given, no concrete proposals to support our most vulnerable were given, there was not even a half-hearted “thoughts and prayers.”

This is because for this group, protecting children is simply not the goal. Much like the “Satanic Panic” decades ago, politicians and political groups like Rep. Boebert and the Maine GOP use children as pawns for their own nefarious endgame. The bitter irony here is that these conspiratorial conversations about the sexual abuse of minors only hurt those victims. Lost underneath the demagoguery and “what-about-isms” are real victims of abuse. Like the victims of the child pornography Eliot Cutler had in his possession.

Also lost amongst this intentional chaos are meaningful and important conversations about the way these rich abusers are given a pass. For years the University of Maine system has served as a hub for unqualified, influential Mainers looking for cushy, high-paying positions. Cutler was named the CEO of the University of Maine System’s Professional and Graduate Center Initiative in 2015, a move that caught the attention of many with actual backgrounds in education. Now former Professor Susan Feiner stated at the time of the hire that every member of the faculty she spoke to felt the same way about the appointment.

“It’s cronyism and that it’s probably LePage’s payoff to Cutler for helping LePage get re-elected,” Feiner said. “Leadership positions in the (University of Maine System) appear to be a jobs program for the state’s 1 percent.”

It is unclear to what degree Lepage was involved in the hiring of Eliot Cutler, but the hire nonetheless presents a near-worst case scenario of when unqualified individuals are put in power with vulnerable populations. There is currently no evidence that the disgusting actions of Cutler, who was also involved with the highschool student-focused Lerner Foundation, were directly related to the minors in these programs. The connection remains incredibly concerning nonetheless. Especially given the fact Cutler is the second major Maine political figure tied to the UMaine system to be connected to sexual abuse of minors.

Furthermore, Cutler is an important lesson in how incredibly concerning it is that, if an individual is wealthy enough, they can purchase their way out of punishment. Bail, the monumental obstacle for oppressed BIPOC arrestees, is just a procedural hurdle for the privileged like Cutler. If the punishment is a fee, it is only a crime for the poor. Eliot Cutler will be brought to court and hopefully face justice, but for now the man facing four counts of child pornogrpahy possession is walking free. Even with the promise of justice later, historical examples in this state indicate that due to his wealth and influence, Cutler will likely not face nearly the level of consequences that he should.

Let it be clear: sexual abuse, whether it be of minors or otherwise, is committed across every single part of the political spectrum. With power comes abuse and corruption and this is true regardless of whatever side of the aisle one votes from. Democrats, Republicans, Independents, etc. all harbor abusers in their midst and true accountability for any form of misconduct is exceedingly rare.

Take for example the two legislators in Congress who we heard from earlier. Rep. Boebert’s husband exposed himself to minors in a Colorado bowling alley, an incident which Boebert was present for. Sen. Hawley came under fire during his tenure as Missouri Attorney General for failing to open child sexual abuse investigations against the archdiocese of the state. Sen. Hawley also orchestrated a plea deal for a former-sheriff who had sexually abused his partner, resulting in zero jail time for the terrible offense.

The most valuable things Mainers can do is educate themselves and take action against sexual abuse and trafficking in their own state. Maine serves as one of the most prominent East Coast access points for sex trafficking. For years, the amount of teens and young women forced into the sex trade in Maine has been on the rise. Targeting minors is a terrifying and fundamental strategy of the sex trade. Victims, both minors and adults, are often targeted due to their socioeconomic status and vulnerability. This is especially prevalent in the Portland area, where victims are often dragged into drug debt bondage and are never seen again. Laurel Coleman, a volunteer for International Justice Mission (a human rights group), spoke to the Bangor Daily News about the issues.

“People disappear,” Coleman shared. “They drop out of school, they go off to New York ‘to find a job’ and you never hear of them again.”

To make matters worse, there is a dangerous backlog of data in the Maine State Police’s Computer Crimes Unit. We need to shift existing police funding to more useful areas like pursuing sexual abusers to make Maine’s minors significantly safer. Additionally, we need significantly stronger public programs to address upstream issues of inequalities and poverty that are necessary to enact alongside strong direct action against traffickers.

There are real evils in this world. Massive organizations trafficking minors and vulnerable victims do exist: but they are not ridiculous partisan organizations of the “deep state” being illuminated by ideologues like Rep. Boebert claims. They are dangerously quiet criminal groups who make profit off the despicable likes of Elliot Cutler. Destroying these organizations and protecting victims will require concerted public action on every level of society, not the counterproductive, racist tweets from members of congress. Maine must take this action until every individual like Eliot Cutler in this state is held accountable.

Two years later, UMaine returns to a new normal
Shawn Mendes’ new single will have listeners in their feels