The Open Field holds launch party for its newest publication 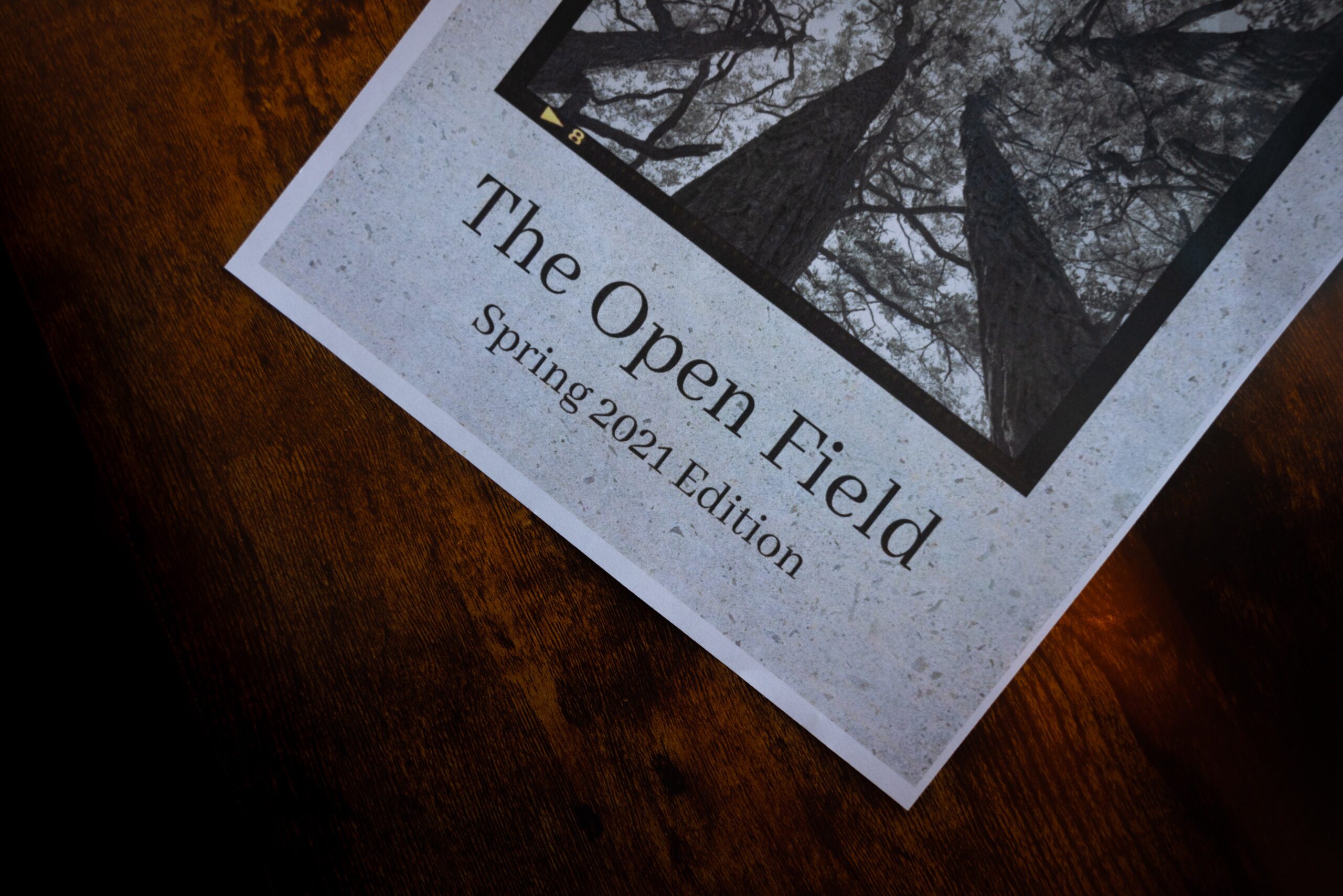 On April 21, 2022, the University of Maine English department’s literary magazine, The Open Field, held an open house in Stewart Commons Fernald APPE space for the release of their spring publication and honoring of their contributors that made the magazine possible. Launch parties are held every spring if the editor chooses to hold one. This year’s poetry editor, Megan Ashe, is a recent graduate from UMaine with a bachelor’s degree in English with a concentration in creative writing and minors in political science and interdisciplinary legal studies. She was asked by professor Jennifer Moxely last semester to be poetry editor for The Open Field.

The launch party was hosted by Ashe and the fiction editor Page McHatten. Behind them was a slideshow composed of paintings by Haid Tanous. The three paintings were called “Annalise,” “Florence” and “Maura.” They were portraits of red-headed women, presumably different women, but they all looked very similar. Yet Tanous’ use of a brush supported the launch party’s ambiance perfectly.

“I have realized how much time and energy goes into creating a text,” Ashe said. “There is a lot to format and consider when making a book. I also have really enjoyed reading everyone’s work!”

A majority of the contributors were students with English majors who have either a minor or concentration in creative writing. However, it is not required to be an English major to have your work submitted to the magazine.

“There is a call for submissions advertised every fall semester,” Ashe said. “Usually you can find posters with information in Neville Hall or you can inquire about it in the English department office. We are not taking any submissions right now. If you are really interested in submitting  but don’t know where to start, I would recommend emailing Professor Moxley or Professor Adams and they can direct you to the new editors. Any undergraduate student can submit.”

The literary magazine showcased poetry and fiction that expressed themes ranging from loss and forgiveness to addiction and hope. Fourth-year history student Ryan Damato recited an excerpt from his short fiction piece “Tim’s Dead” out loud to the audience. It was an emotional and intriguing story of a group of friends, presumed addicts, who react aloofly to the death of their friend, whose apparition joins them in the aftermath of the event. In McHatten’s introduction of Damato’s piece, she shared his motive for writing.

Other students who read their writings aloud were fourth-year students Lily Comeau-Waite and William Bickford. Comeau-Waite is a double major in English and psychology. Next week, she will be presented at the English department award ceremony with the outstanding senior award. She recently had a book published called “Not a Cry for Help Just a Crying Out.” Her poem that she read was titled “Olive Branch.”

Reflecting on its name, the poem was a recollection of a fight or the end of a relationship. The poem reflects that the subject no longer longs for peace from their significant other, that the damage that had been done cannot be fixed. It was extremely moving.

Likewise, Bickford’s poem titled “Fire and Ice” was a passionate and anxiety-riddled poem of the inside of a boy’s head. He is a fourth-year English student with a minor in theater, which was expressed in his reading. His emotional delivery shows his background in theater. He released the themes of fear surrounding sexual desires to his audience.

Ashe included that she wanted to give a few thanks to those that made The Open Field possible.

“I would like to thank Professor Caroline Bicks, English Department Chair Steve Evans and the Honors College for their generous donations to The Open Field,” Ashe said. “Without them, we would have not been able to go to print or fund the launch party and we are very grateful for their contributions. I would also like to sincerely thank Professor Moxley and Professor Adams for their help. They provided a tremendous amount of guidance to both Paige and I. I am really thankful for all of their time and effort.”