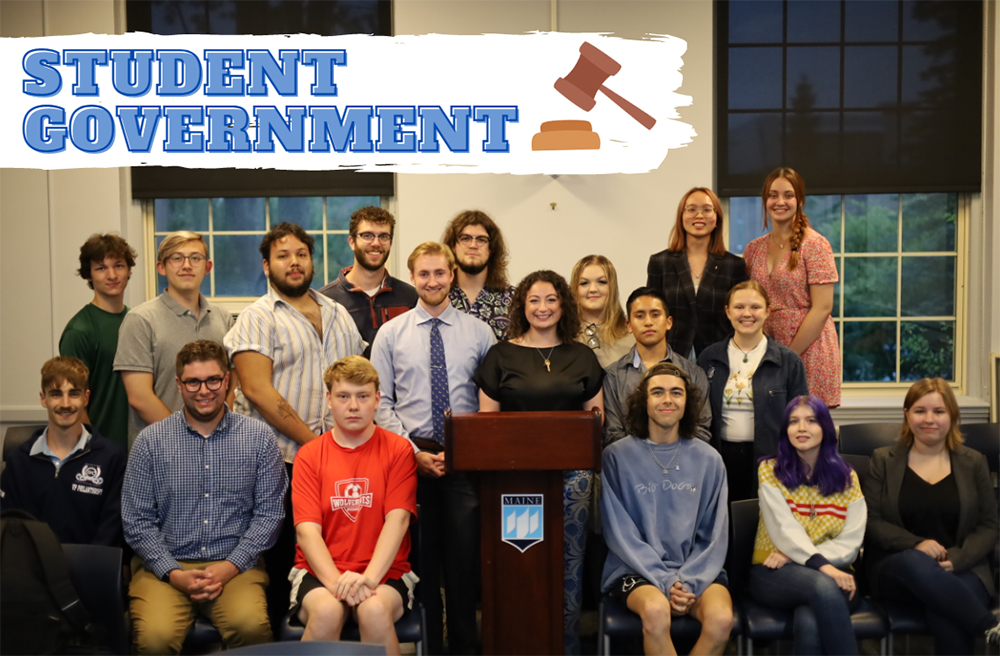 On Tuesday, Sept. 13, the General Student Senate (GSS) held their 1505th meeting, where they discussed several key issues from the beginning of the semester.

Swiftly after the opening formalities of the senate concluded, the meeting began with the appointment of second-year Cameron Nelson as the new GSS senator. The Senate voted unanimously in approval.

The president of GSS, fourth-year Alyssa Ciasullo, addressed the senate with the task of recruiting new GSS senators to fill in the roles of previous members who had either recently graduated or left the position.

“This past week has been a fantastic one for Student Government. VP Delorge, VP Hebda and myself have been going to our class visits to recruit new senators to the General Student Senate,”  Ciasullo said. “We are on the hunt for a [Vice President of Financial Affairs,] FEPC chair and a Clerk, so if you have any questions or know someone who might be a good fit, do not hesitate to reach out to VP Bray or myself,”

Ciasullo went on to mention that there will be an open house that will take place at the beginning of October. There will also be lunch served in the Wade Center. This event is open to all students and will be advertised in the Dining Halls, the Memorial Union and Resident Halls. The date for this event has not yet been finalized.

Owen Hebda, the Vice President of the Student Entertainment Committee, spoke about the first event of the semester. The Student Entertainment Committee is aiming for meeting at the end of September; however, in the event of a venue change, this would be pushed back into the first week of October. The committee has partnered with local bands and businesses in hopes of promoting the University of Maine’s campus in the first month of the semester.

The Student Entertainment Committee is looking for new members and anyone who is interested or has questions regarding student entertainment should reach out to Hebda over email at owen.hebda@maine.edu. Those interested do not need to be involved with GSS or student government to qualify for a position.

The Student Leadership Vice President, Michael Delorge, has been busy attempting to recruit new members to Student Government and has recently finished the training instructions and welcome packets for new senators. As elections are swiftly approaching, reach out to Delorge as soon as possible if interested in a student government position.

Ciasullo reported that the Financial Affairs Vice President resigned and applications are now being accepted and reviewed for the position. Interviews will begin being conducted in two weeks.

The Honors College Student Advisory Board Representative, Kate Kemper, changed the meeting time of the board. The time and place are still to be determined.

The Sustainability Environmental Action Division had its first meeting of the semester last week. In the coming week they plan to hold an election for the positions of Secretary and Treasurer.

The representative from the Feminist Collective reported that meetings for FEMC this semester will take place every Thursday at 5 p.m. in the Rainbow Resource Center room.

The International Student Association is currently facing some budget concerns as their attendance has increased significantly this semester.

Nearing the end of the Senate’s meeting, Ciasullo commented on the current irregularity of GSS meetings, due to certain positions being unfilled. Nominations for these positions will begin this week and will take place over a two-week process. Members who are being sworn in this week will be able to be nominated the following week.

Right now is the best and easiest time to join Student Government. There are no prerequisites or specialties needed to apply for a position. There are paid positions.

Just Mustard’s stringent sound surprises its listeners
House of the Dragon: sometimes you can be too close to your family