The new engineering building: a price to pay for beauty 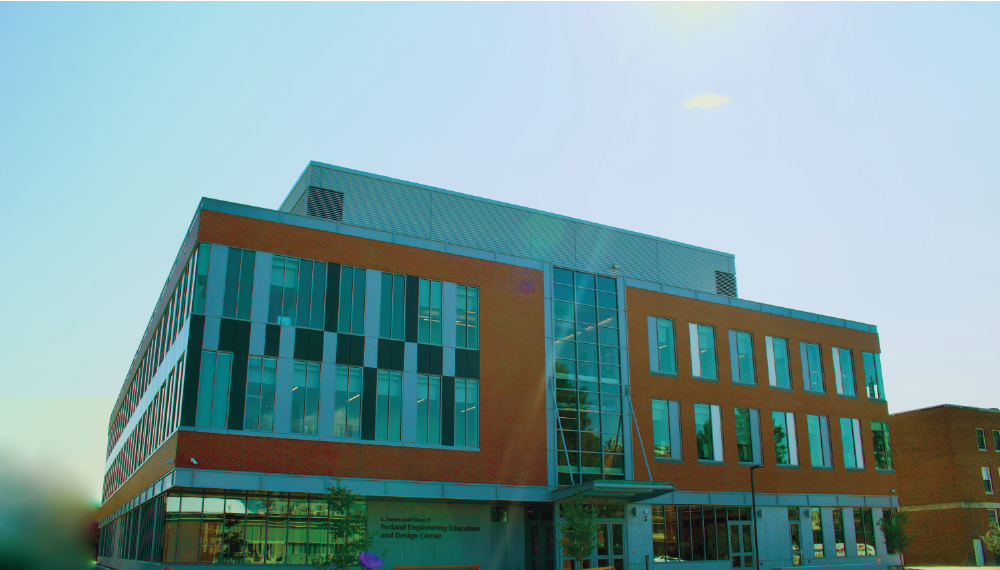 “This state-of-the-art center at our R1 university will allow us to produce more engineering and computing and information science professionals that Maine needs to grow its economy and be competitive in the world,” Ferrini-Mundy said. “This facility is a tribute to the forward thinking and leadership of three Legislatures and two Governors on behalf of the people of Maine and stakeholders who know the value of a UMaine education and hands-on research learning and the difference it makes in the success of its students, alumni and the state.”

Some might say that the engineering department gets a new building because it’s the biggest department on campus and it brings in the most money to UMaine. While this may be true, what does it say to potential students? Does it say we are open to anyone and everyone no matter what you study? Or does it say we prefer it if you were in majors that monetarily benefit the university the most?

Some engineering students are excited about Ferland and the new equipment it gives them. Even though not all engineers will be using the building they’re still excited about the opportunities it gives.

The total amount spent on this new building is $78 million. In July of last year, the University also declared that they were going to be spending $17 million to convert two of the oldest buildings on campus, Coburn and Holmes Halls, into hotels. Last February, the University declared a historic $500 million plan to completely renovate the athletic facility over the course of the next ten to twelve years. This plan aims to renovate every aspect of the current facility as well as building two completely new buildings.

I’m a liberal arts student, which means that all of my departments are rather small. There’s roughly 3,000 students, both graduate and undergraduate, in the college. However, it would be nice if we were paid attention to even half as much as some of the majors, and I know a lot of other liberal arts students would agree.

Liberal arts students have classes in some of the older buildings on campus like the Stevens buildings. Center Stevens was built in 1924, and the three were renamed after the other two were built. James Stevens, who the buildings are named after, actually established the university’s college of engineering before becoming the first dean of the college of arts and sciences.

Since they were built in the 1920s, they don’t have the accommodations that more modern buildings do. Some of these accommodations are simple things like having elevators and bathrooms on every floor. In South Stevens, the anthropology building, there is no elevator and the only bathroom in the entire three-floor building is in the basement. One of the professors broke her tibia last semester and was unable to come to class and teach because of the lack of accessibility in the building. This led to other professors teaching her classes with less than stellar results.

On top of this, building materials containing asbestos and lead have been identified in buildings on campus built before 1980. So far, nothing besides identification and monitoring has been done about this.

There are less than 600 student athletes currently at UMaine, which is a smaller percentage of students that are benefiting from “[a] historic $500 million investment in Maine and its people.” than the new engineering building UMaine built. Whereas the College of Liberal Arts and Sciences doesn’t have enough funding to provide for students with disabilities or make sure the buildings are free from asbestos and lead.

While I’m happy the engineering students get a beautiful new building, and the student athletes are getting a whole new athletic facility, I wish that the university would spare a little time, money and attention on the liberal arts. Even just to make sure we have the appropriate accommodations for those with disabilities or, like our professor, if someone happens to get injured and is unable to climb stairs.