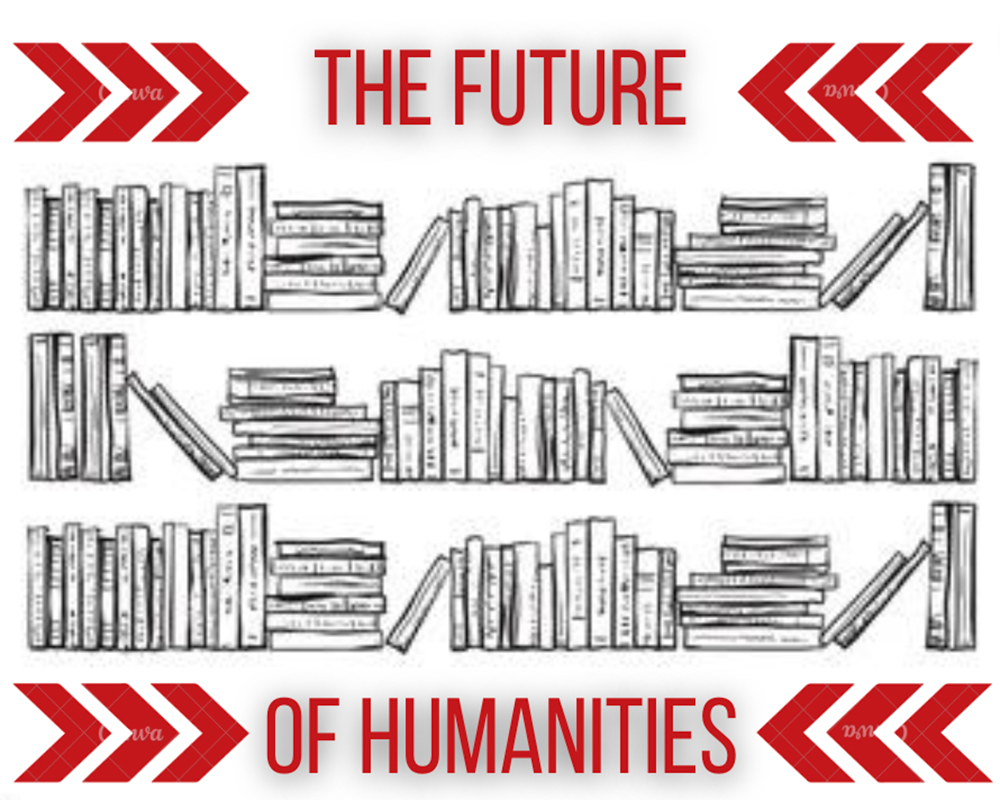 On Friday Oct. 14, the College of Liberal Arts and Sciences hosted a talk with historian Heather Cox Richardson and retired journalist Brian Naylor. The talk was held in the Collins Center of the Arts from 3 p.m. to 4 p.m. and celebrated the 10th anniversary of the McGillicuddy Humanities Center.

“The Future of the Humanities” was primarily focused on the importance of the humanities in society, freedom of speech and the role of people in democracy. Other than CLAS and the McGillicuddy Humanities Center the event was also put on by the University of Maine Alumni Association.

Richardson, who was raised in the state of Maine, is a professor at Boston College and the author of multiple books. She has had the opportunity to interview President Biden. She believes that democracy is crucial to our country and spoke to its importance during her time. Richardson did most of the speaking, with Naylor asking questions. Naylor worked as a political reporter at NPR for 39 years. He is a UMaine alumnus.

As a historian, Richardson considers the humanities vital to how people see and interact with the world.

Richardson spoke about how the humanities are of equal importance as STEM and the two both serve different purposes.

According to Richardson the root of the humanities is stories. These can be about people or about why things happen and they go on to impact what happens next.

“The reason history matters and the reason literature matters is because it’s the story of who we are and who we want to be,” Richardson said.

The pair also discussed free speech on social media platforms and how that ties into the idea of democracy.

Nayler and Richardson spoke on the idea of bots on social media and how they are used to oppose democracy. Richardson regarded them as being highly dangerous.

“The idea that you need to have bots and trolls and cy-ops, which is what they are, and return to the world of myth is very dangerous,” Richardson said.

Richardson believes it harmful to rely on myths that go against what is true. While she pushes the idea of the humanities being based on stories she also pushes for there to be truth to these stories.

“When a nation rests on a story that isn’t true you push the people to fit that myth and that becomes very dangerous very fast,” Richardson said.

The second half of the talk was a Q&A section with the audience posing questions to the pair.

As they moved to this section, Richardson took on a hopeful tone regarding the condition of the country. She spoke about how people are more aware of issues than they were in the past, as well as there being progress in areas that matter to the people, such as healthcare and infrastructure.

Richardson hopes that a communal awareness of problems within our country will help lead to change. In addition, people are becoming more aware of the importance of democracy, something she finds incredibly important regardless of political affiliation.

“Isn’t it nice, in a way, to be the people who get to reclaim our country?” Richardson said.

Horoscopes for the week of October 17 to 22, 2022
King Gizzard and the Lizard Wizard: Let the fishes be