The psychology behind our desire to scare ourselves 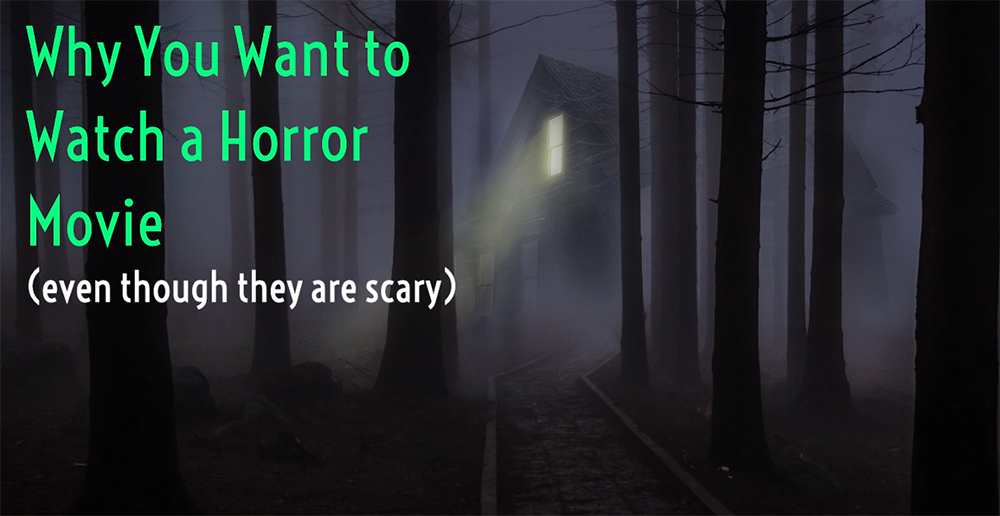 Halloween is nearly upon us and there is no better time of year to watch horror movies. As people gear up to eat their candy corn and get spooked this holiday season, I’ve wondered, if horror movies are so scary, why do audiences consistently watch them? Why do we voluntarily terrify ourselves?

While not everybody loves a good scare, there are plenty who do. The horror entertainment market is arguably at its fiscal peak. Variety reported that in 2017 alone, horror movies grossed over a billion dollars in box office revenue for the first time in cinematic history. Movies such as “Get Out,” “The Lighthouse,” “Hereditary,” “It” and the “Halloween” reboots have all been recent hits, just to name a few.

Horror video games are incredibly popular as well, where game franchises such as “Resident Evil,” “Silent Hill,” “Dead Space,” “Amnesia” and others all remain incredibly anticipated and popular. For the less brave among us there’s the option to stream online gamers playing these horror titles. According to Gamesight, the 2021 increase in streaming viewership between September and October was a whopping 38.763% for the entire genre.

Furthermore, horror books tend to be lucrative. A study posted on Bookriot found that horror fiction raked in approximately $80 million in revenue in 2021, making it the fifth most popular genre. Stephen King remains the most popular contemporary horror writer, as readers also frequently return to masters such as Edgar Allen Poe, Mary Shelley and Shirley Jackson.

So then, why are countless people freely electing to scare the bejesus out of themselves? Well, the answer may surprise you. A Harvard Business Review study found that one reason we consume horror is to experience stimulation. Exposure to terrifying acts, or even the anticipation of those acts, can stimulate us both mentally and physically. The effect can be negative in the form of fear or anxiety, or positive in the form of excitement or joy.

For instance, watching a horror video simultaneously activates both types of stimulation, with the most pleasure experienced at the most fearful moment. The biochemical components inside our bodies also change when we consume horror. Fright can trigger the release of adrenaline, resulting in heightened sensations and surging energy.

Horror can also allow for adventurous experiences of escapism. As people become increasingly cynical about their lives and futures, horror movies serve as an attractive source of entertainment. Some novel experiences can also even contribute to our sense of accomplishment, like visiting a notorious haunted house. Being adventurous in this way makes us feel more worldly or daring and will maybe even give us bragging rights over our friends and family.

Lastly, horror entertainment may help us safely satisfy our curiosity about the darker side of the world. After all, in real life, we might not have the opportunity to meet a vampire or participate in ghost hunting. As an inherently curious species, many of us are also fascinated by what our own kind is capable of. Observing storylines in which actors must confront the worst parts of themselves serves as a pseudo character study of the darkest parts of the human condition.

As we can see, some people consume horror for the thrills, similarly to how adrenaline junkies love roller coaster rides or skydiving. Others turn to the genre for the catharsis; they crave the emotional release that follows being frightened. This is similar to tragedies, where audiences turn to depressing movies, plays and books in order to experience this same sense of catharsis.

Now it finally makes sense why so many people this Halloween will go watch screenings of “The Shining,” decide to take a haunted hayride, visit the Fright at the Fort or participate in any similar scary seasonal events. If that’s your kind of thing, go enjoy scaring yourself this Halloween; you’ll just be more self-conscious about why you love doing it so much.