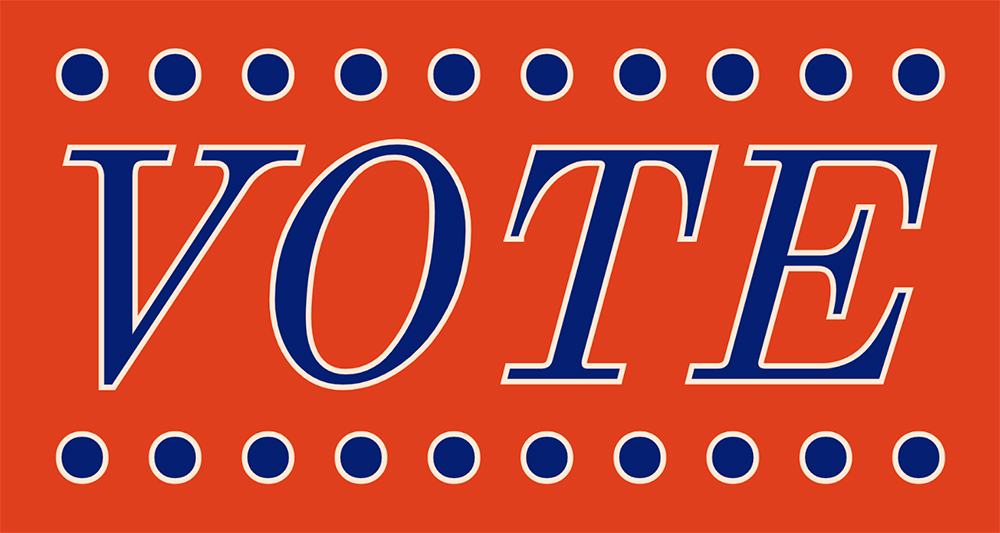 Tomorrow, Nov. 8, is Election Day. Many students may have already voted via absentee ballot, or if they live nearby have made plans to go home to vote. Voting is a crucial part of the democratic process, even if sometimes it seems like your vote doesn’t matter. Especially when the choices are between old white men who don’t have the interests of young people at heart. This is something the University of Maine doesn’t seem to understand either, based on the lack of information they have sent to students.

Understanding this is especially important now when it seems like the whole world is falling apart and there’s nothing any one person can do about it. But the very act of voting can preserve a democracy. If a large majority of people decide not to vote, not only are they allowing their decisions to be made by other people, it could also give leaders a false sense of what their constituents find important.

However, despite this, there are also very real racial and social justice issues dealing with voting. When this country was founded, voting was placed on a high pedestal and seen as the ultimate way to not be like England. Despite this, only educated white men who owned property were allowed to vote. However, since land was cheap, about 75% of men were able to hold this position. Despite this, only 10% to 20% of the people living in the colonies fell under this free, white land-owning male population. This meant the people in power only had this small group of people in mind when making decisions that would affect everyone.

“It took more than a century for the [nation] to meaningfully expand [the vote] to people of color, women, people with disabilities, people who are low-income, and Native Americans,” the Leadership Conference on Civil and Human Rights said.

This doesn’t mean that voting is easy for everyone though. In recent elections, there’s been increasing numbers of people who are unable to get to a poll to be able to vote. There are also still some elected leaders who are working to silence the voices of people who have historically been underrepresented and denied the right to vote.

Unfortunately, this is a circular problem. One of the best ways in American democracy to get your voice heard is through voting. But if you’re unable to vote due to reasons outside your control, certain groups may not have the opportunity to make their voice heard.

This is a problem that is being acknowledged by some elected officials as well as some news organizations, like the BBC and ACLU, and was especially prevalent during the 2020 election.

However, UMaine doesn’t seem to be acknowledging this problem nor are addressing why so many students are deciding not to vote. This midterm election is seen by many as one of the most important elections ever for the U.S. There’s been a lot of advertising by elected officials to get people out to vote. A lot of them are telling the public that it’s crucial to get out and vote to save democracy. This may seem like a bit of an over exaggeration, but in some ways it’s not incorrect. Of course that can change depending on your personal views and whether you’re happy with where the world is. I know most people, especially those under 25 or 30, aren’t.

But again, why is UMaine not saying anything about the election if it’s so important? So far there have been two emails sent to students and I have seen people on campus registering students for Maine’s second district once. One of the emails was sent out on Oct. 25 but only has a flier attached. The second email was sent out on Nov. 3 and has a little more information but seems to be geared more toward voters registered in Maine’s second district or those who will vote in Orono. These two emails may have good information, but I don’t know a lot of students who will read them, especially going to the extent of clicking on a flier attached to an email. It’s also probable that the students who would go to the trouble of reading these emails would already be planning on voting anyway.

In addition to the racial and social issues surrounding voting, the ease of voting isn’t often as easy as states would like people to believe. For example, absentee ballots are hard to acquire. You have to order them by mail, as there’s no in person pick-up location, which can be slow. This can be especially challenging for people who are living away from where they’re registered and don’t have time to order a ballot in time to send it back in time for Election Day.

Despite all of these problems, UMaine doesn’t seem to be making sure students are aware of these problems. And if they’re already aware, they’re not letting students know what they can do about these problems even though these are problems other organizations and news sites have been writing about since the 2020 election. It seems like UMaine is checking off boxes so they can’t say they didn’t tell students about Election Day without really bothering to make sure the information is useful and the students will actually check it. This doesn’t mean voting isn’t important though, and is in fact more important the UMaine is saying.

Students can register to vote, or re-register, for Maine’s second district while living in Maine for college tomorrow at the UMaine Memorial Gym if you haven’t voted yet. No matter what your political views are, voting is important to the continuation of democracy. So go out and vote!