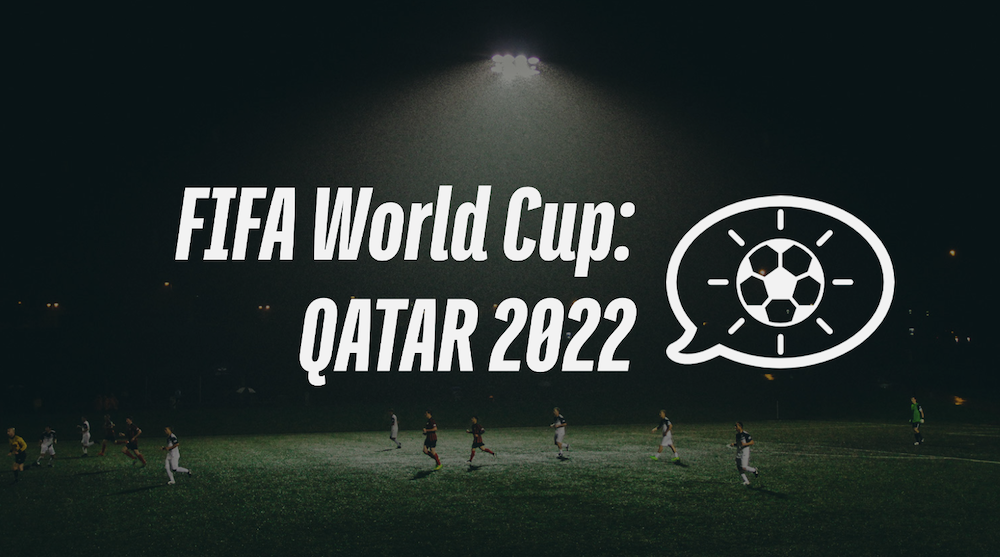 The middle eastern country of Qatar is hosting the FIFA World Cup this year and has unfortunately proven itself to be an unworthy recipient of such a distinguished honor. The controversy surrounding the event is mounting, leading many politicians, coaches and players to conclude that the event has developed into a tremendous failure.

The fact that this will be the first-ever World Cup held in the Arab world and only the second to be held entirely in Asia should be a reason to celebrate. Sadly, this historical benchmark has been overshadowed by the overwhelming number of scandals and controversies that have surfaced, many of which originated during the selection process.

This process occurred in 2010 when there were five bids for the 2022 FIFA World Cup: Australia, Japan, Qatar, South Korea and the United States. Qatar ended up edging out its competition, which prompted many to question why.

There were already pre-existing concerns in regard to the country’s intense heat, which eventually led to the unusual scheduling change from the summer when it is normally held to the early winter. Apart from the weather there were additional concerns surrounding corruption and how much this influenced the decision to award Qatar as the host nation.

According to the Independent, there were immediate calls for a rerun of the vote and even talk of boycotts when FIFA’s executive committee awarded the tournament to Qatar. They ignored warnings from FIFA’s own bid evaluation report following corruption investigations, which were numerous, that were materially incomplete and included erroneous representations.

There have been accusations of vote-buying before when the 2018 World Cup was hosted in an equally polarizing oil-rich nation hosted by a corrupt and conniving president. First it was  Russia, and now it’s Qatar. This is especially problematic when we consider Qatar’s atrocious human rights record and its hateful policies and attitudes toward members of the LGTBQ community.

The BBC reports that Qatar has built seven stadiums for the World Cup finals as well as a new airport, metro system, series of roads and about 100 new hotels. Basically, they built an entire city around the stadium complex. Qatar’s government says that 30,000 foreign laborers were hired just to build the stadiums. Most come from Bangladesh, India, Nepal and the Philippines.

Of those workers, 6,500 migrant workers from India, Pakistan, Nepal, Bangladesh and Sri Lanka have died in Qatar since it won its World Cup bid. 50 foreign laborers died and more than 500 others were seriously injured in 2021 alone, while another 37,600 suffered mild to moderate injuries. Predictably, Qatar has claimed these numbers to be either inflated, falsified or both.

Human Rights Watch also reported in 2021 that foreign workers were still suffering from punitive and illegal wage deductions and faced months of unpaid wages for long hours of grueling work. This shouldn’t be surprising considering how poorly Qatar treats its own people.

According to The Washington Post, Qatar is ruled by its emir, Sheikh Tamim bin Hamad Al Thani, who controls the government and the judiciary. Political parties are banned and most of the population are noncitizens with few civil or political rights. Sexist dictation is also prevalent, where any women’s personal decisions are contingent on approval from a male family member.

Additionally, while FIFA rules stipulate that displays promoting lesbian, gay, bisexual and transgender rights be permitted in stadiums, a senior official responsible for security during the event warned that rainbow flags could be taken away from fans to protect them from being attacked. Fortune reports that Qatari World Cup Khalid Salman has made homophobic remarks, attributing homosexuality to brain damage.

As FIFA ignores all of these issues, Qatar is still set to make a hefty profit. The Washington Post further reported that organizers expect the event to add $17 billion to the economy, equivalent to about 10% of the gross domestic product in 2021. Neither the FIFA organizers nor the Qatar government deserves the influx in revenue that is coming their way.

Therefore, we should all do our part and boycott the World Cup. Players and teams in Norway and fans in Denmark called for boycotts, but soccer authorities in participating countries ultimately rejected the idea.

Therefore, it is up to the viewers to boycott. FIFA and Qatar are hoping for high levels of viewership, and that is how they will justify their unethical decisions. Where we direct our attention is crucial and will ultimately decide the fate of FIFA’s tumultuous Qatar venture.