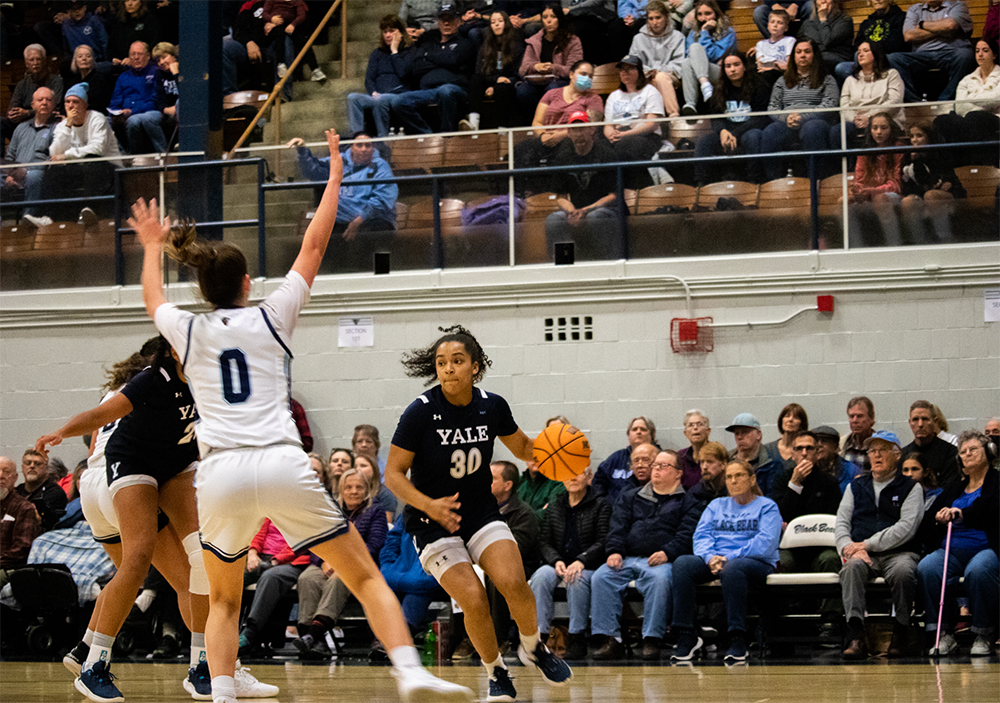 It was a tough day to be a Black Bears fan at The Pit on Saturday night, as the women’s basketball team opened their homestand with a frustrating loss to the Yale University Bulldogs 55-46.

Picked second in the America East preseason poll, expectations were high for the Black Bears squad rolling into the season. They were looking to defend their regular season title streak of two years and get revenge after falling in the conference championship last year at home against University at Albany.

Unfortunately for the University of Maine and their four-time America East coach of the year Amy Vachon, it’s been a slow start to a season where UMaine’s conference championship window is very much still open. After stealing a tense win on the road versus James Madison University, the Black Bears have now lost two in a row, dropping consecutive games to the University of Massachusetts Amherst and now Yale.

It was a tough start out of the gate for UMaine, as they went two of 12 from the field in the first quarter and were outscored 13-7. UMaine opened the scoring with an early layup by third-year forward Caroline Bornemann, before Yale scored 11 unanswered points and didn’t surrender the lead for the rest of the game.

Things did not improve for the Black Bears, as Yale started the second quarter on a nine-point run to stretch their lead. By halftime, the Bulldogs led 30-10, with UMaine scoring a lackluster three points in the second quarter.

After opening up a 20-point lead, the Bulldogs became a little complacent, as they allowed UMaine to roar back by scoring a 22-point third quarter that helped reduce the deficit to eight points. Unfortunately for the Black Bears, Yale held on to their lead in the fourth quarter without much trouble, as the early hole proved too deep for UMaine to escape.

The Black Bears were their own worst enemy, as they turned the ball over 21 times and allowed 20 points off turnovers while only scoring five of their own.

Most of UMaine’s top scorers were silent throughout the night, giving way for second-year guard Sera Hodgson to step up for a career-high 15-point night.

It was a notably tough game for first-year guard Jaycie Christopher. She finished with no points in 11 minutes as a starting guard. In her third start of the season, Christopher has only managed eight points while shooting 20% from the field. Hopes are still high for the defending Maine Gatorade player of the year as she adjusts to Division I play.

While it’s been a disappointing start to a promising season, the Black Bears have been dealt a tough hand. This season they’ll be without the help of two of last year’s top three scorers. Star forward Maeve Carroll graduated, and high-scoring guard Alba Orois returned to Europe to pursue a professional career. Injury has also taken out fourth-year guard Anna Kahelin for the season. Kahelin chipped in as a spot-starter during her first season before being sidelined for most of her second year with an injury. Unfortunately, she missed her entire third season as she did not fit into a loaded lineup.

The Black Bears will look ahead to Monday’s matchup versus Northeastern University at home in The Pit, where they will look to rebound from a head-scratching loss.